You are here: Home › Health › Genetics › News › Studies slam DIY genetic tests
By Will Parker on May 31, 2011 in Genetics, News 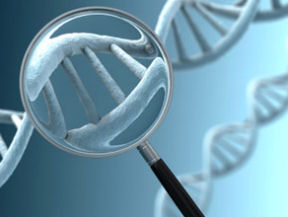 The direct-to-consumer genetic tests offered by deCODEme and 23andMe give inaccurate predictions of disease risks and regulatory authorities should consider banning them, say the geneticists behind two studies that examined test predictions in relation to a number of disease risks. Both studies were presented this week at the annual conference of the European Society of Human Genetics.

She reported that both companies assigned an increased risk to a substantial part of the test group. However, Kalf says the risk of disease in this group was often not substantially higher than the risk in the rest of the population studied.

For AMD, the disease with the highest predictive ability, both companies assumed that the risk in the population was around 8 percent. Of all subjects designated as having an increased risk, 16 percent using the 23andMe risk estimations and 19 percent using deCODEme’s estimations would develop AMD, compared to the 4 percent found in the rest of the population studied.

“So individuals in the increased risk group may have a four-fold increased risk of disease, but they are still far more likely not to develop the disease at all. For T2D, where the companies calculated the average risk at around 25 percent, 32 percent of those assigned to the increased risk group would actually develop T2D compared to 22 percent in the rest of the study population. This difference in disease risk is too small to be of relevance”, explained co-researcher Cecile Janssens.

In the second study, Dr. Heidi Howard, from the University of Leuven in Belgium, reported the results of a survey of clinical geneticists from 28 countries across Europe on their experience of and attitudes to DIY genetic testing. “This is the first ever survey of European clinical geneticists on the subject,” Howard said, “and the results were conclusive – 69 percent of respondents felt that prenatal gender tests should be legally banned, and 63 percent wanted to proscribe whole genome scans carried out by [DIY] companies.”

Howard contends that DIY tests tend to overstate the utility of predictive information and patients often do not know how to interpret the results. “The provision of genetic testing services outside the regular healthcare system can also lead to unnecessary visits to healthcare providers and hence an increased burden on healthcare resources,” she notes.

Janssens believes that much of the confusion created may be attributed to marketing strategies which portray an exaggerated and inaccurate message about the connection between genetic information and disease risk. “They only take genetic factors into account when predicting risks for consumers, whereas in most multi-factorial diseases other modifiable risk factors, such as diet, environment, exercise and smoking have a much stronger impact on disease risk,” she concluded.