You are here: Home › News › DNA surname profiling mooted in UK
By Will Parker on October 9, 2008 in News 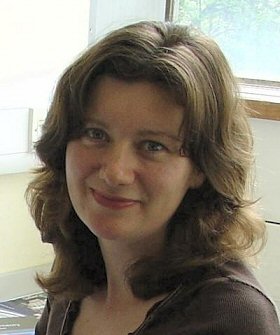 Scientists at the Department of Genetics at the University of Leicester (UL) are exploring the potential link between surname and Y chromosome type; work that may one day allow forensic scientists to work out someone’s surname from the DNA alone. Intriguingly, the research to date has shown that men with the same British surname are highly likely to be genetically linked.

“In Britain, surnames are passed down from father to son. A piece of our DNA, the Y chromosome, is the one part of our genetic material that confers maleness and is passed, like surnames, from father to son. Therefore, a link could exist between a man’s surname and the type of Y chromosome he carries. A simple link between name and Y chromosome could in principle connect all men sharing a surname into one large family tree,” explained Turi King (pictured), who is conducting the research.

But in reality the link may not be so clear cut. Hereditary surnames in Britain are many hundreds of years old and each name may have had several founders. Events such as adoptions, name-changes and non-paternities would also confuse any simple genetic link. “The surname Smith is a good example of this as it derives from the occupation of blacksmith so many men could have taken on the surname Smith. This means that instead of just one type of Y chromosome being associated with a surname, many different types of Y chromosomes would be associated with this single surname,” noted King.

With such a multitude of factors to confuse the issue, King wasn’t sure that a link would exist. But her initial research involving two-and-a-half thousand men bearing over 500 different surnames showed that between two men who share the same surname there is a 24 percent chance of sharing a common ancestor through that name and that this increases to nearly 50 percent if the surname they have is rare.

King then went on to look at 40 surnames in depth by recruiting many different men all bearing the same surname (making sure that she excluded known relatives). She found that surnames such as Attenborough and Swindlehurst showed that over 70 percent of the men shared the same or near identical Y chromosome types.

“The fact that such a strong link exists between surname and Y chromosome type has a potential use in forensic science, since it suggests that, given large databases of names and Y chromosome profiles, surname prediction from DNA alone may be feasible,” King concluded.