You are here: Home › Health › Genetics › News › Novel epigenetic messaging system found in sperm
By Will Parker on June 12, 2013 in Genetics, News 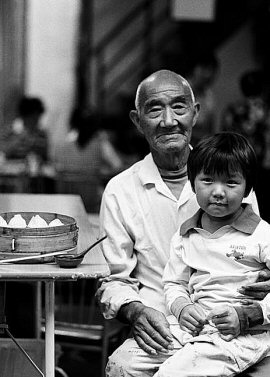 A dad’s exposure to stress leaves a lasting impression on his sperm, say researchers who have been investigating a never-before-seenepigenetic link to diseases such as anxiety and depression that can be passed from father to child.

The study, published in the Journal of Neuroscience, shows that stress on pre-adolescent and adult male mice induced an epigenetic mark in their sperm that reprogrammed their offspring’s hypothalamic-pituitary-adrenal (HPA) axis, a region of the brain that governs responses to stress. Surprisingly, both male and female offspring had abnormally low reactivity to stress. Such a blunted reaction to stress has previously been linked to a range of mental disorders in humans.

This stress pathway dysregulation – when reactivity is either heightened or reduced – is a sign that an organism doesn’t have the ability to respond appropriately to a changing environment. And as a result, their stress response becomes irregular, which can lead to stress-related disorders.

“It didn’t matter if dads were going through puberty or in adulthood when stressed before they mated. We’ve shown here for the first time that stress can produce long-term changes to sperm that reprogram the offspring HPA stress axis regulation,” said Tracy L. Bale, who led a team of researchers at the University of Pennsylvania. “These findings suggest one way in which paternal-stress exposure may be linked to such neuropsychiatric diseases.”

In order to examine the effects of paternal stress for the study, male mice were exposed to six weeks of chronic stress, before breeding, either throughout puberty or only in adulthood. Examples of stress include sudden move to another cage, predator odors, noise, or a foreign object in the cage. Bale explained that male mice are ideal for such an experiment because they do not participate in offspring rearing, meaning any external factors outside of germ-cell formation are essentially eliminated.

The researchers found that offspring from paternal stress groups displayed significantly blunted levels of the stress hormone corticosterone in response to stress.

Investigating the epigenetic mechanism of transmission, the researchers looked at a series of microRNAs (miRs) in the sperm that contribute to post-fertilization gene expression. In both groups of stressed dads, there was a significant increase in expression of nine miRs. “These miRs may be targeting the stored maternal messenger RNAs in the egg at fertilization, so that dad’s sperm can regulate some aspect of early development to inform his offspring about the environment,” Bale speculates.

The study suggests that a reduced physiological stress response may reflect some adaptive evolutionary benefit passed on to offspring to ensure survival. “Whether such diminished stress reactivity would be detrimental or beneficial to offspring likely depends on the environment into which they were born,” said Bale.

The team is now planning to examine the mechanism through which the sperm miRs act at fertilization, which may reveal biomarkers for mental illness in humans. “And then we can begin to predict who has been exposed to what, and to think about prevention or treatment down the road,” she concluded.