You are here: Home › News › Compound That Switches Off Appetite Discovered
By Will Parker on July 2, 2000 in News 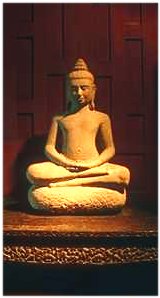 Johns Hopkins scientists have produced a compound capable of rapidly turning off appetite in mice and causing weight loss similar in many ways to that achieved by fasting. When injected, the substance, which is apparently non-toxic to the mice, wipes out the animals’ interest in food within 20 minutes. The effect of the chemical called C75 wears off a few days after injections stop, the researchers say, and the mice resume normal feeding.

“We are not claiming to have found the fabled weight-loss drug,” says pathologist/biochemist Frank Kuhajda, M.D., spokesperson and research team member. “What we have found, using C75, is a major pathway in the brain that the body uses naturally in regulating appetite at least in mice.” A similar system is likely in humans, the researchers say, but whether C75 works the same way awaits further research.

What’s unusual, they explain, is that the pathway exists in the brain at all. Scientists normally look for the cascade of reactions, used to synthesize molecules called fatty acids, in the body’s fat or liver tissue. Yet not only is the pathway found in certain brain cells, but these cells are concentrated in areas known to control appetite.

Scientists have long known that a hormone called neuropeptide Y (NPY), located in the appetite centers in the brain’s hypothalamus, is a major appetite regulator. If animals fast, NPY increases and appetite jumps sharply. In C75-treated mice, though, NPY production drops sharply. “This gives us a good idea that C75 stops feeding by blocking NPY production in the brain,” Kuhajda says.

In the study, the researchers injected mice with a single dose of C75, then observed them for changes in behavior, weight or body chemistry. “The mice had a dramatic weight loss of up to 30 percent, depending on the dose of C75 they received,” says biochemist M. Daniel Lane, Ph.D. “That loss came mostly because the mice stopped feeding,” Kuhajda explains. A moderate dose, for example, reduced feeding behavior more than 90 percent in the first day. Feeding returned to normal in the next few days as the drug’s effect faded.

C75-injected mice resembled fasting mice in the way they lost body tissue in fasting, some muscle is lost as well as fat. But the C75-treated mice lost far more weight than their untreated, fasting brothers in the study. “Even more significant,” says Kuhajda, “were metabolic differences. If you try to lose weight by starving, your metabolism slows down after a few days: It’s a survival mechanism that sabotages many diets. We see this in fasting mice. Yet metabolic rate in the C75-treated mice doesn’t slow at all.”

C75 is a small member of a family of organic molecules called butyrolactones. It’s a novel molecule purposely created by the Hopkins scientists to inhibit fatty acid synthase (FAS), an enzyme the body uses to create fatty acids. Fatty acids are, among other things, building blocks for body fat.

“The pathway for creating fatty acids becomes active during times that an animal takes in excess food,” Kuhajda says. This study may show how this excess is signaled in the brain. “The usual response to excess food is a decreased appetite,” he says, “C75 appears to trigger this response artificially, by regulating the pathway, decreasing NPY and, thus, lowering appetite.”

The C75 work comes out of the team’s 14-year exploration of the abnormal fat metabolism that exists in many cancer cells. “Breast, prostate and cancer cells, for example, make a lot of fat. They have, correspondingly, a lot of constructive enzymes such as FAS,” says Kuhajda. C75 was one of the chemicals the researchers created to inhibit FAS and clarify what was happening. “But it had this side effect,” he adds, “that the lab animals always lost a lot of weight.”

“We badly need effective drugs for weight loss,” he comments. “Obesity is a huge problem. We’re hoping to explore the possibilities of this new pathway.”