You are here: Home › News › Global Extinction Crisis Poorly Understood
By Will Parker on May 6, 2002 in News 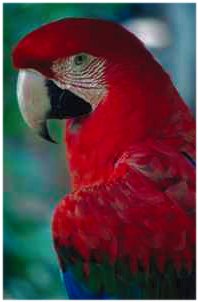 Singling out vulnerable species for protection has been an important conservation tool for nearly 30 years. Now two prominent ecologists – Stanford Professor Paul R. Ehrlich and Gerardo Ceballos of the University of Mexico (UNAM) – are calling for a broader approach to wildlife preservation.

The authors noted that, although the disappearance of populations is a prelude to species extinction – and signals a deterioration of ecosystem services essential to society – no geographically precise estimates have been made of current population losses.

“Most analyses of the current loss of biodiversity emphasize species extinctions and patterns of species decline, and do not convey the true extent of the depletion of humanity’s natural capital,” Ceballos and Ehrlich said. “To measure that depletion, we need to analyze extinctions of both populations and species.”

In their study, the authors examined evidence for population extinctions in medium and large-sized mammals.

“Because of the diversity and variety of habitats mammals exploit, they can serve as an indicator of what is happening globally to animals and plants,” said Ehrlich, the Bing Professor of Population Studies in Stanford’s Department of Biological Sciences.

He and Ceballos compared historic geographic distributions of 173 declining mammal species with the distributions of the same species today. The results showed that these species have collectively lost more than 50 percent of their historic ranges, mostly where human activities are extensive.

The authors found that population extinctions were concentrated where human populations are dense, as in Southeast Asia, or where other human impacts from agriculture and hunting have been severe.

In the United States, population extinctions have been most frequent in the crowded Eastern states. In contrast, extinctions have been common around the lightly populated Sahara in Africa, presumably due to a combination of hunting by local people and sport hunters, competition with livestock and desertification.

“Understandably, Australia, which is the continent with the largest number of mammal species extinctions, is also a continent showing a widespread severe reduction of populations,” Ceballos and Ehrlich wrote – the result of introduced predators as well as overgrazing, agriculture and forestry practices.

The authors concluded that even the most conservative estimate derived from their study indicates that about 2 percent of all mammal populations have been lost worldwide – a figure higher than the global species extinction rate among mammals, estimated to be about 1.8 percent.

“But according to our data, the loss of mammal populations actually may be much more severe – perhaps 10 percent or higher,” Ehrlich explained. “While distribution maps often showed species occurring over wide areas, it turns out that many of them actually have lost most of their populations in these areas and have been reduced to scattered remnant groups – as, for example, gray wolves and brown bears in the coterminous United States.”

The study also showed that species differ in their resistance to human disturbance. For example, Pere David’s deer, originally from China, has lost all of its populations and survives only in captivity, while the spotted hyena has lost only 14 percent of its populations despite large, human-induced habitat losses.

Ceballos and Ehrlich also pointed to a growing problem they call “political endemism,” which they say occurs when population extinctions reduce the range of a species to just one or a handful of countries. If nations playing host to remnant populations lack either the interest or capability of preserving them, the species are in greater jeopardy than if populations exist over a broader range, they explained.

According to the authors, the loss of wildlife populations also implies a reduction in the crucial ecosystem goods and services that these populations deliver – services such as flood protection, pollination of crops and control of agricultural pests.

“The loss of species diversity has correctly attracted much attention from the general public and decision makers,” they noted. “It is now the job of the community of environmental scientists to give equal prominence to the issue of the loss of population diversity.”

Ehrlich predicted that, when the problem of population disappearance is better understood, the extinction crisis will be seen as even more serious than scientists had assumed.

“We’re talking about nothing less than the preservation of human life-support systems,” he added. “We neglect the issue at our peril.”

Risky business and a woman’s touch