You are here: Home › News › Doctors Outline Policy To Prevent Genetic Discrimination
By Will Parker on March 25, 2008 in News 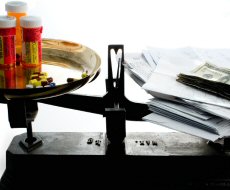 The American College of Physicians (ACP) has released a policy document which they believe should be integral to new laws designed to protect against genetic discrimination in employment and insurance. Six policy positions, appearing below, are the focus of the document.

“While they’re not quite there, Congress does continue to move closer to passing federal legislation that protects the use of genetic information in employment and insurance coverage decisions,” said David C. Dale, president of the ACP. “This monograph is important for the ongoing discussion.”

Employers also get reined in, with position three explicitly denying employers the use of genetic information in hiring and firing.