You are here: Home › News › Sex, Lies and Pharmaceuticals
By Will Parker on October 1, 2010 in News 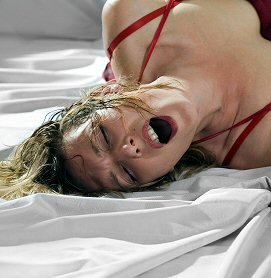 Moynihan’s book, Sex, Lies and Pharmaceuticals, details how drug industry employees have worked with paid key opinion leaders to help develop the disease entity; they have run surveys to portray it as widespread; and they helped design diagnostic tools to persuade women that their sexual difficulties deserve a medical label and treatment.

He quotes a company employee saying that her company was interested in “expediting the development of a disease” and he reveals how companies are funding surveys that portray sexual problems as widespread and creating tools to assess women for “hypoactive sexual desire disorder.”

Many of the researchers involved in these activities were drug company employees or had financial ties to the industry, writes Moynihan. Meanwhile, scientific studies conducted without industry funding were questioning whether a widespread disorder of low desire really existed. Industry is also taking a leading role in “educating” both professionals and the public about this controversial condition, he adds.

Moynihan cites how a Pfizer-funded course designed for doctors across the United States asserted that up to 63 percent of women had sexual dysfunction and that testosterone and sildenafil (marketed as Viagra) may be helpful. And he points out that German drug company Boehringer Ingelheim’s “educational” activities “went into overdrive” as the planned 2010 launch of its desire drug, flibanserin, approached.

In June 2010, flibanserin was rejected by the FDA and Pfizer’s sildenafil was also pulled after studies showed virtually no difference from placebo. But although the drugs have so far failed, Moynihan warns that “the edifice of scientific evidence about the condition remains in place… creating the impression that there is a massive unmet need for treatment.”

But not everyone believes the issue is so clear-cut. Commenting in the British Medical Journal, Dr Sandy Goldbeck-Wood, a specialist in psychosexual medicine, says Moynihan’s research clarifies both the conflicts of interest at work and the relative paucity of good quality evidence for pharmacological solutions to women’s sexual problems. However, she argues: “his argument that female sexual dysfunction is an illness constructed by doctors under the influence of drug companies will fail to convince clinicians who see women with sexual dysfunction.”

She says the problem is one of oversimplification and believes that more studies are needed that reflect the complexity of female sexuality. “It’s time to invest in more research into the most realistic, respectful and evidence based treatments, rather than narrow biological ones founded on poor evidence,” she says.

The Cow That Laid The Golden Lactose