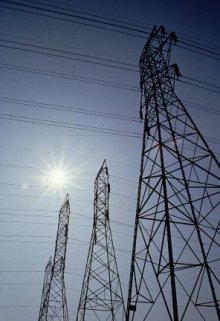 Based upon these findings, the authors say current global warming forecasts are “overly optimistic,” and that action is urgently needed to curb greenhouse gas production in China and other rapidly industrializing countries. “Making China and other developing countries an integral part of any future climate agreement is now even more important,” said UC researcher Maximillian Auffhammer. “It had been expected that the efficiency of China’s power generation would continue to improve as per capita income increased, slowing down the rate of CO2 emissions growth. What we’re finding instead is that the emissions growth rate is surpassing our worst expectations, and that means the goal of stabilizing atmospheric CO2 is going to be much, much harder to achieve.”

In explaining the startling differences in results from previous estimates for China’s carbon emissions growth, the UC researchers point out that they used province-level figures in their analysis to obtain a more detailed picture of the country’s CO2 emissions up to 2004. “Everybody had been treating China as single country, but each of the country’s provinces is larger than many European countries, both in geographic size and population,” said co-researcher Richard Carson. “In addition, there is a wide range in economic development and wealth from one province to the next, as well as major differences in population growth, all of which has an effect on energy consumption that cannot be easily addressed in models based upon aggregate national data.”

The authors also point out that after 2000, China’s central government began shifting the responsibility for building new power plants to provincial officials who had less incentive and fewer resources to build cleaner, more efficient plants, which save money in the long run but are more expensive to construct.

“Government officials turned away from energy efficiency as an objective to expanding power generation as quickly as they can, and as cheaply as they can,” said Carson. “Wealthier coastal provinces tended to build clean-burning power plants based upon the very best technology available, but many of the poorer interior provinces replicated inefficient 1950s Soviet technology. The problem is that power plants, once built, are meant to last for 40 to 75 years. These provincial officials have locked themselves into a long-run emissions trajectory that is much higher than people had anticipated. Our forecast incorporates the fact that much of China is now stuck with power plants that are dirty and inefficient.”