You are here: Home › News › Space › Innovative fiber optic imager may soon photograph exoplanets
By Will Parker on December 16, 2013 in News, Space 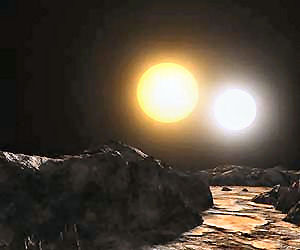 A new instrument that combines two high-resolution telescope techniques – adaptive optics and interferometry – has for the first time resolved in visible light the individual stars in the binary star system Capella, 43 light years from Earth. Astronomers using the instrument say it holds great promise for eventually picking out and imaging planets around other stars.

A prototype of the instrument, known as Fibered Imager for Single Telescope (FIRST), was first mounted three years ago on the Shane 3-meter telescope at the University of California Lick Observatory. Earlier this year, astronomers mounted an improved FIRST instrument on the Subaru 8-meter telescope in Hawaii.

The FIRST instruments use fiber optic communication cables to channel visible light from different spots on the telescope main mirror to a detector, where the light beams interfere to reveal high-resolution detail in the same way radio telescope arrays use interferometry to achieve high-resolution radio images of the sky.

One of the key components of the system is a tiny movable mirror, a microelectromechanical systems (MEMS) device, that directs starlight into the optical fibers, which channel the light without much loss to the interferometer.

Importantly, the Lick and Subaru telescopes are already equipped with adaptive optics, which creates sharper images by removing the “jiggle” in stars caused by turbulence in the atmosphere. FIRST takes advantage of the stability provided by the adaptive optics system to inject the light from the star into the precise center of the fibers, which have a core a mere 4 micrometers in diameter.

The key advantage of FIRST is that it can resolve very close objects without being troubled by glare from the star. “With the FIRST instrument at Subaru telescope, we expect to be able to resolve giant and supergiant stars and observe the close environment of debris disks around young stars,” said astronomer Franck Marchis, from the SETI Institute. 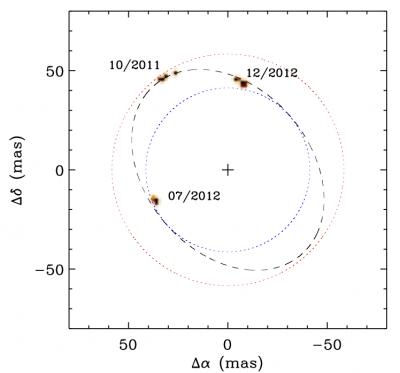 At the moment, however, FIRST cannot resolve objects that differ in brightness by more than 50-100 times. Planets the size of Jupiter are typically 10,000-100,000 times fainter than their stars, while Earth-size planets are a million times fainter. This shortfall before astronomers can image planets seems significant, but UC Berkeley astronomer Gaspard Duchêne believes the system can be improved dramatically. “If we could add enough fibers, we could get very high contrast; that is the goal,” he said. “If we can scale this up to look for planets, it would be very, very exciting.”

Imaging exoplanets is a hot field for astronomers, with research from earlier in the year suggesting that our galaxy may contain 40 billion or more potentially habitable planets.

Related:
Discuss this article in our forum
Water discovered in remnants of destroyed exoplanet
Exoplanet has its clouds mapped
Nearby star may have 3 habitable planets
Hubble identifies Earth-like debris in white dwarfs’ atmospheres