You are here: Home › Health › Diet › News › Mercury levels in herbal teas surprise scientists
By Will Parker on September 30, 2013 in Diet, News 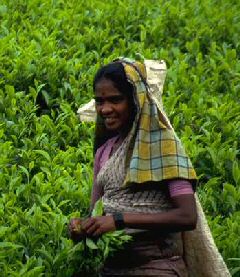 A new study from the University of Bristol (UK) suggests that fish accounts for only seven percent of mercury levels in the human body, while herbal teas appear to be a significant, previously unrecognized, contributor. The negative effects of mercury on fetal development have been well documented and led to official warnings against eating too much fish during pregnancy. But the new findings, published inEnvironmental Health Perspectives, suggest that such guidelines should be reviewed.

The new study is based on an analysis of 103 food and drink items consumed by 4,484 women during pregnancy. Intriguingly, the researchers found that the 103 items together accounted for less than 17 percent of total mercury levels in the body. Where the remainder of the mercury comes from remains unknown, say the researchers.

Another surprise finding was that the women with the highest mercury levels tended to be older, have attended university, to be in professional jobs, to own their own home, and to be expecting their first child. Overall, however, fewer than one percent of women had mercury levels higher than the maximum level recommended by the US National Research Council (there is no official safe level in the UK). 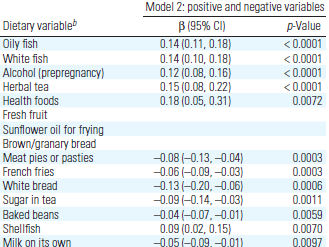 The researchers noted that although herbal tea consumption was a significant predictor of mercury, it contributed less to the overall variance than seafood consumption because only 18 percent of participants reported that they drank herbal teas, whereas 88 percent consumed seafood. They also caution that while some dietary factors were negative predictors of total blood mercury (white bread, whole milk, sugar, French fries), these food items may be serving as a proxy indicator of low consumption of food items that are positively associated with blood mercury levels.

The study’s lead author Jean Golding said that based on the findings, advice to pregnant women to limit seafood intake is unlikely to reduce their mercury levels substantially. “We were pleasantly surprised to find that fish contributes such a small amount to blood mercury levels. We have previously found that eating fish during pregnancy has many health benefits for both mother and child. We hope many more women will now consider eating more fish during pregnancy,” she concluded.

Related:
Discuss this article in our forum
Safety Of Ayurvedic Medicines Questioned
Forget The Thermometer, The Mercury ReallyIs Rising
Smaller fish on the menu as oceans warm

Tramadol painkiller found in nature
Exoplanet has its clouds mapped