You are here: Home › Health › Diet › News › New evidence for link between alcohol consumption and cancer metastasis
By Will Parker on February 28, 2014 in Diet, News 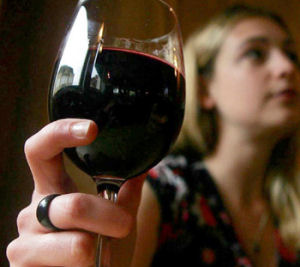 Conducted by scientists from The University of Manchester, the research looked at a particular enzyme known as CYP2E1. “This enzyme, known as CYP2E1, has been implicated in various liver diseases linked to alcohol consumption, as well as diabetes, obesity and cancer,” explained lead researcher Costas Demonacos. “We wanted to understand why an enzyme known to function mainly in the liver was found to be heavily present in some types of breast cancer tissues. We also wanted to explore what other activities this enzyme might have that control the development of breast cancer.”

The enzyme breaks down various molecules within cells, including alcohol. The by-products of this metabolism include reactive oxygen species, resulting in something called oxidative stress – in normal physiological conditions this aids cellular functions, whereas when concentrations of reactive oxygen species are high, or oxidative stress becomes chronic, cells can be seriously damaged.

Demonacos said his team found that depending on the stage of the breast cancer, high levels of the enzyme can help cells survive during stress. They also found that inhibiting the activity of the enzyme in cells with high migratory potential promoted cell migration – a process linked to cancer spreading – known as metastasis.

“Now that we have a clearer picture of the role played by this enzyme in breast cancer development, scientists could use it as a target in the later stages of the disease, to slow down the spread of cancer as well as to personalize anti-cancer therapy,” said Demonacos. “Since CYP2E1 is involved in alcohol metabolism too, our findings should allow new insight on the potential link between chronic alcohol consumption and breast cancer, by showing how alcohol influences the progression of cancer.”