You are here: Home › Climate Change › News › Volcanoes keeping a lid on global warming
By Will Parker on March 3, 2013 in Climate Change, News 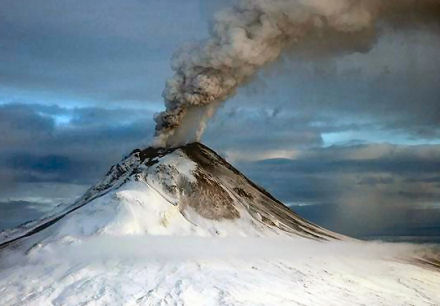 Climatologists in the U.S. say that dozens of active volcanoes spewing sulfur dioxide into the stratosphere have been offsetting about a quarter of the greenhouse warming on Earth over the last decade.

Study leader Ryan Neely, from the University of Colorado Boulder, explained that sulfur dioxide emissions from Earth’s surface eventually rise 12 – 20 miles into the stratospheric aerosol layer of the atmosphere, where chemical reactions create sulfuric acid and water particles that reflect sunlight back to space, cooling the planet.

Neely said previous observations suggested that increases in stratospheric aerosols since 2000 have counterbalanced as much as 25 percent of the warming scientists blame on human greenhouse gas emissions.

“The biggest implication here is that scientists need to pay more attention to small and moderate volcanic eruptions when trying to understand changes in Earth’s climate,” said co-researcher Brian Toon, also of CU-Boulder. “But overall these eruptions are not going to counter the greenhouse effect. Emissions of volcanic gases go up and down, helping to cool or heat the planet, while greenhouse gas emissions from human activity just continue to go up.”

The scientists said 10-year climate data sets like the one gathered for the new study are not long enough to determine climate change trends. “This paper addresses a question of immediate relevance to our understanding of the human impact on climate,” said Neely. “It should interest those examining the sources of decadal climate variability, the global impact of local pollution and the role of volcanoes.”