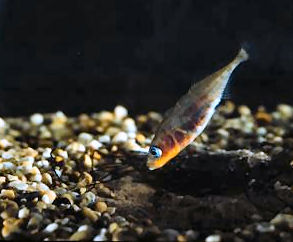 Schistocephalus solidus, a parasitic worm that infects fish, has been found to grow much more rapidly at higher temperatures, alarming scientists who warn that warming oceans could see the worm decimate fish populations. The new research into S. solidus’lifecycle has been published in the journalGlobal Change Biology. The work provides some of the first evidence that global warming could profoundly alter interactions between parasites and their hosts.

The scientists found that S. solidus infecting stickleback fish grew four times faster in infected sticklebacks raised at 20& #176;C than when raised at 15& #176;C. Intriguingly, the study authors also observed behavioral changes in infected fish – suggesting that the parasites may be manipulating their host’s behavior to make them seek out warmer temperatures.

“What we witnessed was that fish infected with the largest worms showed a preference for warmer water, suggesting that these parasites also manipulate the behavior of host fish in ways that benefit the parasites by maximizing their growth rates,” explained study author Dr Iain Barber, of the University of Leicester.

The researchers also discovered that whilst the parasites grew faster in higher temperatures, the host’s growth rate slowed and the host’s reproductive fitness was severely compromised. “The size these parasites attain in their fish hosts determines how severely fish reproduction is affected, so our results suggest that [the] parasite will have a more serious effect on fish reproduction if temperatures rise,” said co-researcher Vicki Macnab.

Perhaps of more concern, the manipulation of host behavior would create a positive feedback mechanism to exacerbate the effects of global warming. “This research shows that global warming could shift the balance between parasites and their hosts with potentially serious implications for fish populations,” Macnab suggests.

Like the manipulative dry-land parasite Toxoplasma gondii, the worm moves between different host species to complete its lifecycle. The researchers believe that warmer temperatures will greatly increase the impact on those species too. “The size these parasites attain in their fish hosts also determines their infectivity to fish-eating birds like kingfishers and herons – the next hosts in the parasite’s lifecycle – and also the number of parasite eggs that they will go on to produce. Bigger larval parasites in the fish go on to become larger adult worms in birds, which produce more eggs,” explained Barber.

The findings provide a warning that increasing temperatures can lead to a shift in the delicate balance that exists between hosts and parasites, increasing the speed with which parasites complete their lifecycles, leading to an increase in the overall level of parasitism in natural animal populations.

Earthquakes and animal behavior: it’s in the water
Springtime on Earth II