You are here: Home › Climate Change › News › Strangely, the loss of forests may actually be cooling the planet
By Will Parker on September 9, 2014 in Climate Change, News 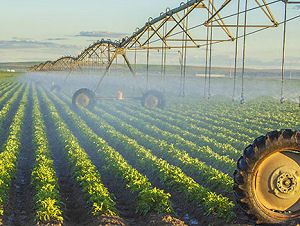 An intriguing study from Yale University shows that large-scale forest losses over the last 150 years – largely through the conversion of forests to cropland – produced a net global cooling effect of about 0.1 degrees Celsius. During the same period, the global climate warmed by about 0.6 degrees Celsius, mostly due to increases in fossil fuel carbon dioxide emissions.

Detailing her work in the journal Nature Climate Change, Yale’s Nadine Unger calculated that a 30-percent decline in biogenic volatile organic compound (BVOC) emissions between 1850 and 2000 was responsible for the cooling effect.

“Land cover changes caused by humans since the industrial and agricultural revolutions have removed natural forests and grasslands and replaced them with croplands,” explained Unger. “And croplands are not strong emitters of these BVOCs – often they don’t emit any BVOCs.”

She is quick to stress that the findings do not suggest that increased forest loss provides climate change benefits, but rather underscore the complexity of climate change and the multitude of factors involved. “These emissions are often ignored in climate modeling because they are perceived as a natural part of the Earth system,” explained Unger. “So they don’t get as much attention as human-generated emissions, such as fossil fuels. But if we change how much forest cover exists, then there is a human influence on these emissions. The sensitivity of the global climate system to BVOC emissions suggests the importance of establishing a global-scale long-term monitoring program.”