You are here: Home › News › Parasites A Ticking Bomb For Humans
By Will Parker on February 23, 2005 in News 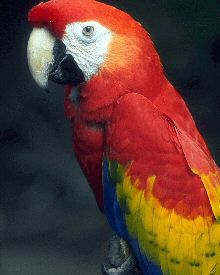 Habitat destruction by human activity and the consequent extinction of species around the world could turn parasites into “evolutionary land mines”, warned a Canadian zoologist speaking at the annual meeting of the American Association for the Advancement of Science. Dr. Daniel Brooks, a parasitologist at the University of Toronto, says the decline of global biodiversity is linked to the emergence of new human and wildlife diseases such as West Nile Virus and avian flu.

“The biodiversity crisis is not just about extinctions,” says Brooks. “In the past, when there have been episodes of major climate change or mass extinction, and species have moved out of their areas of origin into other areas, there have been emerging diseases. Parasites have moved into new areas and they’ve jumped ship into new hosts.” Brooks has spent much of the past decade in the dense jungles of Costa Rica tracking down and collecting parasites. Since 1996, he has coordinated the parasite Taxonomic Working Group for the All-Taxa Biodiversity Inventory, an international scientific and economic initiative to help developing countries preserve the world’s biodiversity.

In the Guanacaste Conservation Area of northwest Costa Rica, a 1,000 square km United Nations World Heritage Site that features habitats ranging from rain forests to savannas, the All-Taxa Biodiversity Inventory is documenting an estimated 250,000 species of plants and animals, including everything from viruses to jaguars. Brooks has looked for parasites in more than 4,000 individuals from species ranging from frogs to deer. So far, he has found more than 5,000 different types of parasites. Importantly, more than two-thirds of these parasites are new to science. Brooks said that the researchers still have a very poor to non-existent understanding of the roles these thousands of parasites play in different diseases, something that will require a detailed understanding of their often complex multi-host life cycles. “It’s very difficult to link these things up,” he said. “It’s very time consuming to do that, but without that information we don’t know how these parasites are transmitted.” And without basic systematic and taxonomic information about parasites, Brooks said that we lack the ability to predict and thus prevent emerging parasitic diseases.

“Right now, we’re just reacting out of ignorance whenever an unfamiliar disease catches us off guard and we call that management,” said Brooks. “We’re always behind the curve, because we don’t know where these things are coming from.”

In fact, while parasites like malaria are well known, we may have identified only a fraction of the total number of the world’s parasites, and the prospect of cataloguing them poses a daunting technical challenge. Since the physical characteristics of many parasites are very similar, Brooks and his colleagues are using the latest molecular taxonomy tools to classify parasites based on genetic characteristics. “These things are evolutionary accidents waiting to happen,” he warned. “These little evolutionary land mines are going to jump up and bite us.”

Lactic Acid Not The Culprit In Muscle Fatigue