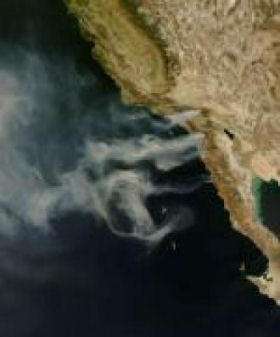 Fires are a significant – up to one-fifth – contributor to climate change, according to a report published in the journal Science. The authors behind the research are calling on the Intergovernmental Panel on Climate Change (IPCC) to fully integrate fire into their assessments of global climate change, and to consider fire-climate feedbacks, which, until now, have been largely absent in global models.

The new research ties together various threads of knowledge about fire, which have, until now, remained isolated in disparate fields, including ecology, global modeling, physics, anthropology, and climatology. The researchers note that increasing numbers of wildfires are also influencing climate. “The tragic fires in Victoria, Australia, emphasize the ubiquity of recent large wildfires and potentially changing fire regimes that are concomitant with anthropogenic climate change,” said the report’s first author David Bowman, from the University of Tasmania. “Our review is both timely and of great relevance globally.”

The report explains that there are bigger and more frequent fires located from the western U.S. to the tropics. There are “fires where we don’t normally see fires,” said researcher Jennifer Balch, noting that in the humid tropics a lot of deforestation fires are occurring, usually to expand agriculture or cattle ranching. “Wet rainforests have not historically experienced fires at the frequency that they are today. During extreme droughts, such as in 97-98, Amazon wildfires burned through 39,000 square kilometers of forest.”

The authors acknowledge that their estimate of fire’s influence on climate is just a start, and they highlight major research gaps that must be addressed in order to understand the complete contribution of fire to the climate system. Balch notes that a holistic fire science is necessary, and points out fire’s true importance. “We don’t think about fires correctly,” she said. “Fire is as elemental as air or water. We live on a fire planet. We are a fire species. Yet, the study of fire has been very fragmented. We know lots about the carbon cycle, the nitrogen cycle, but we know very little about the fire cycle, or how fire cycles through the biosphere.”