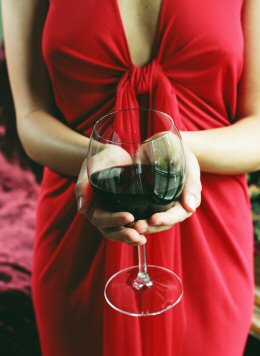 A fascinating new study has demonstrated that consuming alcohol does not affect how men judge the age of women. The researchers say that this finding has important legal implications if alcohol is cited as a cause of impairing judgment in cases of unlawful sex with a minor.

University of Leicester psychologist Vince Egan and Giray Cordan of the University of Exeter found that young females are typically viewed as being older than they actually are, but having consumed even large amounts of alcohol does not lead a man to think they look even older. “Our study suggests that even heavy alcohol consumption does not interfere with age-perception tasks in men, so does not excuse apparent mistaken sex in cases of unlawful sex with a minor,” write the researchers in the British Journal of Psychology.

The study asked people in bars and cafes to rate the attractiveness of underage and mature females with and without makeup. Ten female faces were produced graphically using custom developed software to decrease and increase age, representing sexually immature and mature faces. Key findings included:

“We found that while alcohol consumption significantly inflated attractiveness ratings for participants looking at sexually mature faces with high levels of make-up, greater alcohol consumption itself did not lead to overestimation of age. Consumed alcohol had no effect on men estimating the age of either mature or immature faces,” noted Egan.

The authors conclude that the study highlights the “extremely strong influence” of immature faces on attractiveness judgments. Placed into its forensic context, this study tentatively concludes that alcohol consumption and make-up use do not interfere with age-perception tasks, nor inflate subsequent age estimates. It also concludes that given the number of other indications as to a person’s age (for example build and voice), there are many cues to indicate that a person is older than they appear, so males who are meeting females socially are potentially quite able to infer if someone is under age.