You are here: Home › News › Shrooming down the road: rainforest fungus makes diesel
By Will Parker on November 4, 2008 in News 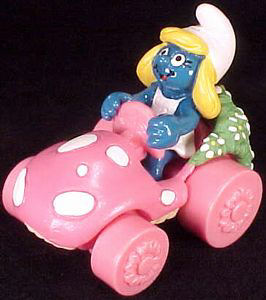 A novel fungus that makes diesel compounds has been discovered living in trees in the Patagonian rainforest, report researchers in the journalMicrobiology. The fungus, Gliocladium roseum, produces a number of different molecules made of hydrogen and carbon that are found in diesel and scientists are now working to further develop its fuel producing potential.

“This is the only organism that has ever been shown to produce such an important combination of fuel substances,” said Professor Gary Strobel from Montana State University. “The fungus can even make these diesel compounds from cellulose, which would make it a better source of biofuel than anything we use at the moment.” The biofuel produced by the fungus has been nicknamed “myco-diesel.”

According to Strobel, the fungus lives inside the Ulmo tree in the Patagonian rainforest. Strobel and his co-researchers were trying to discover totally novel fungi in this tree by exposing its tissues to the volatile antibiotics of the fungus Muscodor albus. “Quite unexpectedly, G. roseum grew in the presence of these gases when almost all other fungi were killed,” recalls Strobel. “It was also making volatile antibiotics. Then when we examined the gas composition of G. roseum, we were totally surprised to learn that it was making a plethora of hydrocarbons and hydrocarbon derivatives. The results were totally unexpected and very exciting and almost every hair on my arms stood on end!”

The researchers note that many microbes produce hydrocarbons and fungi that live in wood can make a range of potentially explosive compounds. In the rainforest, G. roseumproduces lots of long chain hydrocarbons and other biological molecules and when the researchers grew it in the lab, it produced fuel that is remarkably similar to the diesel we put in our cars.

But the most important factor, says Strobel, is that the fungi doesn’t need the cellulose to be preprocessed. “When crops are used to make biofuel they have to be processed before they can be turned into useful compounds by microbes,” he said. “G. roseum can make myco-diesel directly from cellulose, the main compound found in plants and paper. This means if the fungus was used to make fuel, a step in the production process could be skipped. Although the fungus makes less myco-diesel when it feeds on cellulose compared to sugars, new developments in fermentation technology and genetic manipulation could help improve the yield. In fact, the genes of the fungus are just as useful as the fungus itself in the development of new biofuels.”