You are here: Home › News › Limited Resources The Key To Biodiversity?
By Will Parker on March 26, 2007 in News 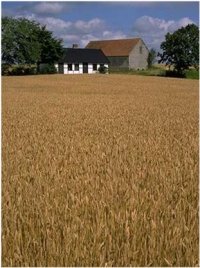 Somewhat counter-intuitively, experiments conducted by University of Minnesota (UM) researchers have shown that a plentiful supply of water and nutrients actually restrictsecosystem biodiversity. Carried out on grassland plots, the experiments revealed that too much of a good thing (nutrients or water) was shown to decrease the diversity of most species, while increasing the productivity of only a handful of species.

Writing about their work in Nature, the researchers said that the reduction in species diversity occurred because increasing the amounts of limiting resources – such as nitrogen and water – makes an ecosystem more homogeneous and consequently reduces the number of opportunities for competing species to coexist. Or, put another way, it reduces the number of niches, allowing a few species to dominate.

“In essence, the data in the article strongly supports a new explanation for why the world contains so many species,” said UM’s David Tilman. “It shows that plant diversity is directly related to the number of limiting factors [such as soil moisture, nitrogen, phosphorous, potassium and water].”

Tilman’s study helps explain why grasslands, lakes and rivers that are polluted with agricultural runoff have fewer species. Where the Mississippi River empties into the Gulf of Mexico is perhaps the best known example of this phenomenon.

The experiments were carried out at the University of California’s Sedgwick Reserve in the Santa Ynez Valley but the results were also analyzed in context with the 150 year old Rothamsted Park Grass Experiment. “Our results show that the loss of plant species from a habitat due to nutrient pollution can persist for more than 100 years,” said co-researcher Stanley Harpole. “Human actions that simplify habitats can lead to long-term loss of biodiversity.”