You are here: Home › News › Biodiversity Crunch Threatens Plant Productivity
By Will Parker on November 6, 2007 in News 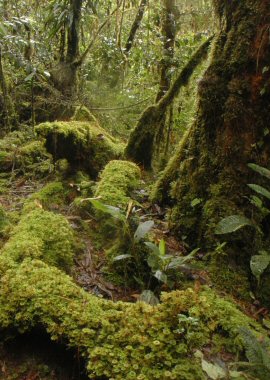 A new analysis suggests that as plant species around the world go extinct, natural habitats become less productive and contain fewer total plants – a situation that could ultimately compromise important benefits that humans get from nature. Writing in the Proceedings of the National Academy of Sciences, scientists from the University of California, Santa Barbara, note that plant productivity regulates the ability of nature to take greenhouse gases like carbon dioxide out of the atmosphere, as well as the ability of habitats to produce oxygen, food, fiber, and biofuels. “Therefore, species extinctions could compromise the benefits that nature provides to society,” explained researcher Bradley Cardinale.

Cardinale’s work summarized the results of 44 experiments from around the world that simulated plant species extinction and showed that ecosystems with fewer species produce up to 50 percent less plant biomass than those with more “natural” levels of diversity.

The researchers noted that species extinction is one of the most pronounced environmental changes of our time and they suggest that as much as 50 percent of all known species could be extinct by the end of this century. More worryingly, Cardinale said that experiments to date have probably underestimated the impact of species loss on ecosystems. “We found that as experiments were run longer, they detected increasingly strong impacts of species diversity on plant productivity,” he said. “Unfortunately, because most experiments have only been funded to run for a few years at a time, they have probably underestimated the impacts of extinction on natural habitats.”