You are here: Home › News › Biochemical “Noise” Critical For Regulating Biological Processes
By Will Parker on March 23, 2007 in News 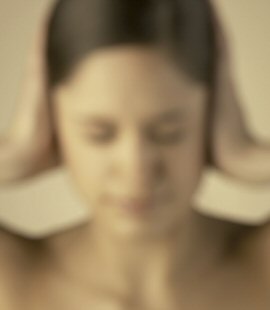 Noise, like the static heard on AM radio, is generally thought to be a nuisance in most applications. But within living cells, biochemical “noise” (for example, slight variations in protein production) turns out to be critical in helping them transform from one state to another. Describing their findings in Science, the UT Southwestern Medical Center researchers behind the discovery say it represents “a new paradigm” in biology.

In an electrical circuit, random fluctuations in the electric current passing through the components create noise. Likewise, within each living cell there are many “genetic circuits,” each composed of a distinct set of biochemical reactions that contribute to some biological process. Randomness in those reactions contributes to biological noise.

“Noise in biological systems is a fact of life,” said UT’s Grol Sel. “Even though each cell may have the same set of genes turned on – the same hard-wired genetic circuit – there will still be slight variations in the amount of the various proteins those genes produce, some fluctuation in the amount of each circuit component. No two cells are alike in terms of their chemical composition.”

Previously, scientists believed that the random nature of such fluctuations within cells interfered with the reliable operation of biological systems. But Sel’s team hypothesized that noise in one particular genetic circuit might be beneficial, linked to a process that controls cell fate.

To investigate further, the researchers analyzed a genetic circuit that controls the transformation of bacteria cells from one state to another. This process, called differentiation, is akin to that used by stem cells to change into a specific tissue type. The researchers found that the bacterial circuit appears to have evolved to amplify cellular noise. The researchers then established that by dampening the noise level within the bacterial cells, they could prevent the cells’ transformation between states, essentially turning down the volume on cellular behavior.

“The amplitude of cellular noise correlates with the probability of triggering differentiation,” Sel explained. “This is experimental evidence that a genetic circuit utilizes noise to drive a biological process.”

Sel draws a bold analogy with electronic equipment, saying that examining genes and proteins individually to try to determine their function is like examining each capacitor or resistor in an electrical circuit in an attempt to understand the function of the device of which the circuit is a part.

Sel is now working to uncover the theoretical design principles of genetic circuits and what role interactions between distinct circuits play in regulating complex biological processes, such the differentiation of multipotent stem cells.

Getting Physical With Molecules
Limited Resources The Key To Biodiversity?