You are here: Home › Biology › News › Bolivian park most biodiverse area on planet
By Will Parker on September 14, 2012 in Biology, News 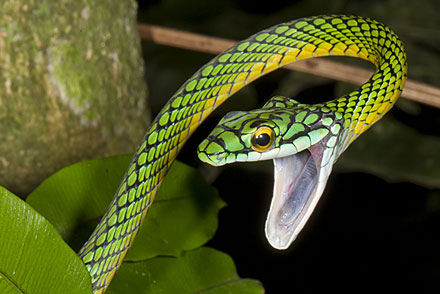 The Wildlife Conservation Society (WCS) says Madidi National Park in northwest Bolivia may be the most biologically diverse place on Earth, boasting 11 percent of the world’s birds, more than 200 species of mammals, 300 types of fish, and 12,000 plant varieties.

The new WCS assessment is based on the work of more than 50 scientists from WCS, Bolivian Fauna Collection, the Bolivian National Herbarium, the Amazon Conservation Association, and others. The park is known for its array of altitudinal gradients and habitats from lowland tropical forests of the Amazon to snow-capped peaks of the High Andes. Assembling the compendium of the park’s inhabitants took the scientists 15 years. 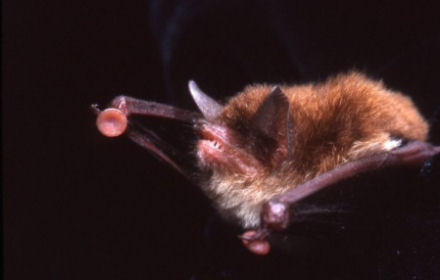 The resulting report estimates 1,868 vertebrates for Madidi, including 1,088 species of birds. Only eleven countries have more bird species than Madidi National Park (the entire U.S. contains less than 900 bird species). Mammals range from the 661-pound lowland tapir, an Amazonian herbivore, to the tiny insectivorous Spix’s disk-winged bat (pictured above) that weighs just 0.14 ounces. Bird species range from the harpy eagle (pictured below), one of most powerful birds of prey in the world whose diet includes sloths and monkeys, to the diminutive festive coquette, one of 60 species of hummingbird expected to occur in the park. 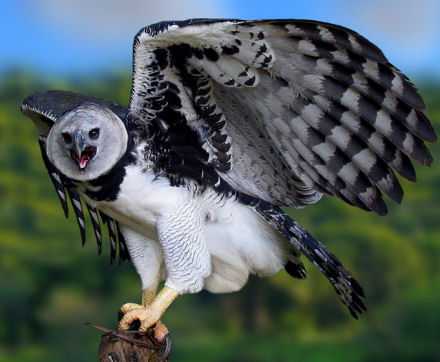 “With Madidi’s almost 6,000-meter [19,685 feet] altitudinal range, no other protected area captures the diversity of South American habitats that pushes these numbers through the ceiling. All the scientists who contributed to this compendium feel privileged to work in Madidi, and we are all very happy to help SERNAP [the Bolivian Park Service] promote the national and international conservation importance of the area,” said WCS’s Madidi Landscape Program Director Dr. Robert Wallace.

Still much is unknown about the park – particularly in the tropical montane or cloud forests between 3,280 and 9,842 feet. Despite significant efforts from the scientific team, two thirds of the park’s total biodiversity has yet to be formally registered or observed by scientists, highlighting the need for further research in the region.

Madidi National Park is one of the top tourist attractions in Bolivia and part of a larger protected region known as the Madidi-Tambopata Landscape. WCS has worked in this landscape since 1999 to develop local capacity to conserve the landscape and mitigate a variety of threats, including development such as road construction, logging, and agricultural expansion.