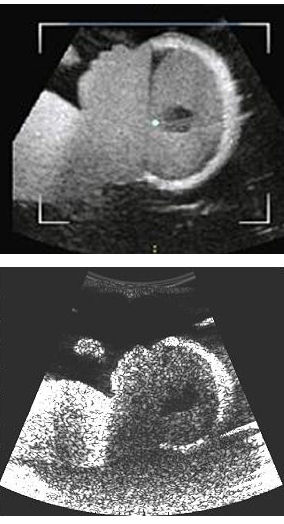 A USB ultrasound device about the size of a computer mouse that can be manufactured for as little as $50 (UK30) will save the lives of hundreds of thousands of women and children, say its developers.

Co-developer Jeff Neasham, from Newcastle University (UK), said it was his own experience of becoming a father and going through the whole antenatal process that prompted him to start the project. “I was sat with my wife looking at our child on the screen, we realised how privileged we were to have access to this kind of care and it was my wife who suggested that I could apply my knowledge from sonar research to try to make this more affordable.”

In poorer parts of the world childbirth is a dangerous event for both infant and mother. UN statistics estimate more than 250,000 women die annually from complications during pregnancy or childbirth, almost all of them – 99 percent – in developing countries.

The new hand-held USB device works in a similar way to existing ultrasound scanners, using pulses of high frequency sound to build up a picture of the unborn child on the computer screen. Its output power is 10-100 times lower than conventional hospital ultrasounds but the image quality produced is still of great utility to medical workers (top image above is from a hospital ultrasound, the one below from the new device).

Neasham is an expert in underwater sonar technology and has previously developed systems for imaging the seabed (looking for shipwrecks or specific geographical features) as well as underwater communications and tracking systems. The new device draws on his expertise in sonar signal processing to keep component and hardware costs to an absolute minimum. “Cost was the key,” he explained. “Not an easy task when you consider a UK20,000 scanner is generally classed as low cost.”

The device has been tested in a NHS hospital and Neasham and co-developer Dave Graham now hope the device can be rolled-out to provide medical teams working in the world’s poorest nations with basic, antenatal information that could save lives. “We hope the very low cost of this device and the fact that it can run on any standard computer made in the last 10 years means basic antenatal imaging could finally be made available to all women,” said Neasham.