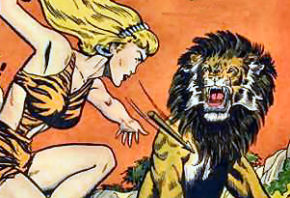 A growing human population will inevitably crowd out mammals and birds and has the potential to threaten hundreds of species with extinction within 40 years, new research from Ohio State University indicates. The findings are detailed in the journal Human Ecology.

The scientists behind the study have determined that the average growing nation should expect at least 3.3 percent more threatened species in the next decade and an increase of 10.8 percent species threatened with extinction by 2050. The report doesn’t take into account climate change, industrialization or wars, so the number of extinctions for 2050 will almost certainly be greater.

Though past research has suggested a strong relationship between human population density and the number of threatened mammal and bird species at a given point in time, this study is the first to link an expanding human population to fresh threats of extinction for these other species.

Previously, the researchers created a model based on 2000 data to forecast future threatened species connected to human population growth projections, and published the predictions in 2004. In this new study, that model’s predictions were confirmed by 2010 actual figures. The scientists then used the same model, containing data on 114 countries, to extend their predictions to the middle of this century.

“The data speak loud and clear that not only human population density, but the growth of the human population, is still having an effect on extinction threats to other species,” said Jeffrey McKee, lead author of the study. He stresses that any truly meaningful biodiversity conservation efforts must take the expanding human population footprint into consideration – a subject that many consider taboo.

The model also suggests that the 21 countries with projected declining human populations by 2050 will see an average reduction in threatened species of 2.5 percent. The findings were bolstered by the fact that nine of the 12 nations with population declines between 2000 and 2010 showed a modest decrease in the number of threatened species of mammals and birds. “We might be able to utilize that knowledge and use those countries to repopulate species that are native to those countries,” said McKee.