You are here: Home › News › Predator-prey relationships a key driver in nature’s synchronicity
By Will Parker on July 23, 2009 in News 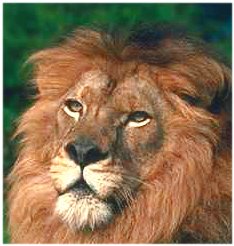 Synchronicity in nature is seen in beating hearts and the simultaneous rise and fall of populations across vast reaches. Now, scientists from Yale University and the University of Calgary have identified that predator-prey interactions are the “conductors” of this synchronicity in living organisms.

“Change these interactions and you can suffer disastrous consequences to these systems,” said study co-author, Yale’s David Vasseur. In the journal Nature, Vasseur and Calgary’s Jeremy Fox explain how they set out to find a way to tease out which factors are most important in creating spatial synchronicity. The close relationship in the rise and fall of populations, for instance, has been well documented in Canadian lynx and snowshoe hare populations. Changes in the abundance of lynx and hare measured at one location are closely mimicked over the entire continent.

The second factor is called the Moran effect, which stipulates that isolated groups of animals experiencing similar environmental fluctuations – such as droughts – will tend to rise and fall in unison. The third factor is interactions of species – such as the predator-prey relationship.

However, swapping organisms created synchronicity only when predators were present. Without the predators, populations didn’t synchronize when individual organisms were exchanged.

“Predators fundamentally change the way that their prey vary through time, creating a cyclic pattern that is quickly synchronized across many locations with only small amounts of dispersal,” Vasseur explained. “The loss of these cycles, either through species extinctions or global change, may have drastic consequences for the stability of ecosystems and the persistence of species.”

The presence of predator creates a cyclic pattern nearly identical to that found in other examples of synchrony in nature, the study notes. “This synchrony is achieved in the same manner as many other naturally synchronizing phenomena,” Fox said. “Cyclic systems, from flashing fireflies to lynx and hares, are like kids bouncing up and down on a trampoline. Adding predators is like making them hold hands, so they all have to bounce together.”