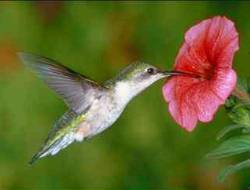 Nature has many patterns and ecologists seek to both describe and understand them. Nature also is very complex. One challenge is to find patterns in that complexity and to ask whether simple explanations lie beneath them.

Ecologists have tackled this challenge for decades, erecting various hypotheses and debating their plausibility. In an important paper featured in the current issue of the Proceedings of the National Academy of Sciences (PNAS), an international team of ecologists describes a fundamental theory that unites several patterns that previously had been viewed as unrelated.

The theory simplifies various aspects of ecological complexity with an elegant model that unites all of them. It provides a theory for quantifying biodiversity.

The first pattern they considered involves the relationships between various roles played by the species present in an area (their niches). These relationships are often described in ecology as something akin to an “evolutionary tree” in which the branches reflect how ecological communities are organized-a tree-like organizational chart of ecological roles. One “branch” might be all those bird species that feed on insects, another “branch” those species that feed on seeds.

Sugihara and his colleagues found that these common representations have far more information in them than was previously recognized. The pair of species in the terminal twigs have a relationship to each other-they are splitting up the resource that is the total of the insects feeding on the tree.

The PNAS paper finds that abundances of pairs of species in terminal twigs behave in a very special way. “Just like two pieces of rock that once belonged together,” Pimm says. “Take a rock and split it into two pieces. On average, the bigger piece will be three-quarters of the rock, the smaller a quarter of the rock. If you take any two rocks, there won’t be such a pattern. The sizes of those rocks are unrelated.”

What can you do with this insight? Plenty, Sugihara argues. “For one thing, a species represented by a ‘twig’ should be much less common than a species that is represented by a ‘branch,'” says Sugihara. “A bird that feeds on small insects from leaves on the top of a tree should be rarer than one that can feed on all sizes of insects anywhere. That prediction holds up.”

It can apply to human niches too: The more specialized a profession, the fewer customers the business will have. A general store usually caters to more customers than one that sells just one kind of product.

In short, Sugihara and colleagues have produced a fundamental theory of the patterns of nature free from any numbers that have to be estimated. (It’s “parameter-free” in scientific jargon – regarded as a holy grail in science). The logical consequences of the idea have surprising explanatory power.

There is another extension to these ideas that has been known for some time, but for which Sugihara’s group provides a firm anchor. Suppose we try to place those rock pieces in a sieve. Some will be so small they will pass through the sieve. Hitting the rock more often doesn’t give us more pieces, for we just lose more through the cracks. So it is with species: some become too rare to survive. The bigger the rock, the more pieces we can have before we start to lose them.

Of course, human impacts are shrinking the rock in this metaphor-diminishing the resources available to all species.

Shrink the rock and, as long as you keep sequentially breaking it, you reduce the species in a precise mathematical way. This happens to be exactly the way species drop out as human actions diminish the world by shrinking the habitats (such as tropical forests) on which species depend.