You are here: Home › News › Synthetic Snot Enhances Artificial Nose
By Will Parker on May 1, 2007 in News 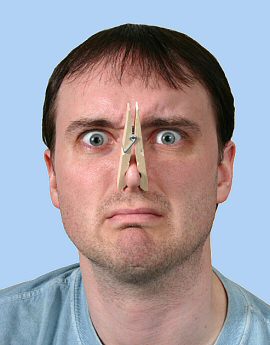 UK researchers have used artificial nasal mucus to significantly enhance the performance of an electronic “nose”. The bionic bogies were created from a mix of polymers that mimic the action of the mucus in the natural nose. According to the researchers, when the synthetic snot was applied to electronic olfactory sensors, it greatly improved the performance of the sensors, allowing them to pick out a more diverse range of smells.

Related articles:
Savoring The Flavoring
How Does The Nose Know – An Alphabet Of Odor