You are here: Home › News › Engineers Come Up With Undetectable Radar System
By Will Parker on June 28, 2006 in News 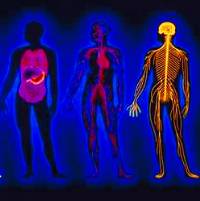 “Almost all radio receivers in the world are designed to eliminate random noise, so that they can clearly receive the signal they’re looking for,” Walton explained. “Radio receivers could search for this radar signal and they wouldn’t find it. It also won’t interfere with TV, radio, or other communication signals.” The new radar system scatters a very low-intensity signal across a wide range of frequencies, so a TV or radio tuned to any one frequency would interpret the radar signal as a very weak form of static. “It doesn’t interfere because it has a bandwidth that is thousands of times broader than the signals it might otherwise interfere with,” Walton added.

The new radar system works like traditional radar, in that the “noise” bounces off objects and is then detected by computerized analysis of the bounced signal. Surprisingly, the hardware isn’t expensive; altogether, the components for the prototype cost less than $100.

Impressively, the radar can be tuned to penetrate solid walls, according to Walton, who explained that the radar is inherently able to distinguish between many types of targets because of its ultra-wide-band characteristics. “Unfortunately, there are thousands of everyday objects that look like humans on radar – even chairs and filing cabinets,” Walton said. “What tends to give a human away is that he moves. He breathes, his heart beats, his body makes unintended motions.”

And it’s these tiny motions that could be used to locate disaster survivors who might be pinned under rubble, for example. Other radar systems can’t do that, because they are too far-sighted – they can’t see people who are buried only a few yards away. Walton said that the noise radar is inherently able to see objects that are nearby. “It can see things that are only a couple of inches away with as much clarity as it can see things on the surface of Mars,” he added. Its functionality at close range means that with further development, the radar might image tumors, blood clots, and foreign objects in the body.