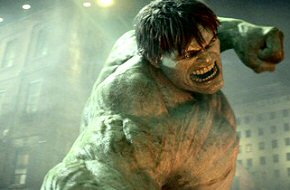 An intriguing study that looked at male adolescence and body image found a prevailing view among boys that the pursuit of a chiseled body was unnatural and feminine, and that most boys simply wanted an “average” physique. The study was conducted by researchers from Concordia University and the University of Manitoba and published in the journal Men and Masculinities.

“Not all boys aspire to have lean, muscular or idealized male bodies that are commonplace in popular culture,” says Concordia’s Moss E. Norman, who led the study. “In many cases, boys who took part in our study were staunchly critical of idealized male images. They found it problematic, feminine or vain to be overly concerned with appearances. Sculpted bodies were seen as unnatural, the product of steroids or zealous weight-lifting.”

The study focused on male bodies, health, diet and physical activity. The participants were asked to comment on popular cultural images, such as Homer Simpson, shirtless models featured in home gym commercials and sculpted athletes from Ultimate Fighting Championships. “One of the surprises from this study was how comfortable boys were in expressing, analyzing and comparing bodies – their own, their peers’ and those ideals depicted by media,” says Norman. “Although they felt pressure to be fit, they displayed a distant, disinterested and cool relationship to their bodies.”

The majority of participants viewed sports as a fun and masculine way to build muscle, while managing calories and body fat. “They felt sports could naturally produce a healthier, fitter and more attractive man. Being overweight was seen as undesirable and associated with a sedentary, immoral lifestyle,” says Norman. Most teenaged boys, he concludes, simply want an average physique that doesn’t stand out.