You are here: Home › News › Balls vs Brains In Batty Battle For Evolutionary Success
By Will Parker on December 9, 2005 in News 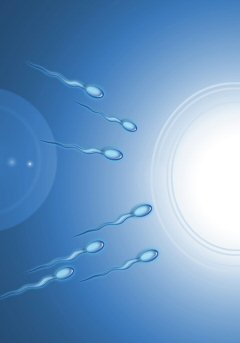 Without doubt, the most intriguing evolutionary pressure of all is sexual selection. The how and why behind our choice of mates, and how evolution hasshaped our reproductive organs to achieve reproductive success, provide some fascinating insights into nature at work.

An elegant demonstration of the contribution of sexual selection to brain evolution can be seen in a new study from Syracuse University that found an inverse relationship between testes size and brain size in bats. The study, appearing in the journalProceedings B, demonstrates the trade-offs that nature demands when reproductive competition is fierce.

Led by Syracuse biologist Scott Pitnick, the researchers used comparative analysis to show that male bat species that roost in larger social groups and those with promiscuous females have relatively smaller brains than species with females that are faithful to their mates.

Pitnick believes that a likely explanation for this relationship relates to the energetic demands of producing and maintaining both brain and sperm cells. If competition for resources and food is tough, then males can’t afford to do both. “When females mate with more than one male, sperm compete to fertilize the female’s eggs. Such ‘sperm competition’ is rife in many bat species, perhaps due in part to the unusual [mammalian] ability of sperm to survive inside the female’s reproductive tract for a very long time,” said Pitnick.

Consequently, males with relatively large testes and small brains have more offspring than larger-brained, less fertile, competitors. “The male who ejaculates the greatest number of sperm may win at this game, and hence many bats have evolved outrageously big testes – as much as 8.5 percent of their body mass,” explained Pitnick. “Because they live on an energetic knife-edge, bats may not be able to evolutionarily afford both big testes and big brains,” he added.

“The relationship between breeding system and relative brain size has received little investigation”, said Pitnick, who hopes his study will spur more research into the evolution of brains, behavior and what he calls the “extravagant and costly ornaments and armaments favored by sexual selection.”