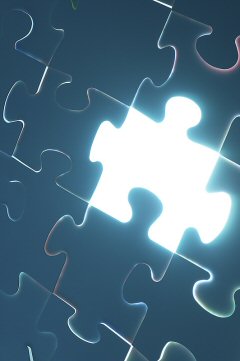 While our behaviors may vary, the knowledge we hold in our brains is remarkably resilient, say scientists who have been observing the antics of rhesus monkeys. They believe that we often make unwise choices although we should know better, and that the brain remembers, even if we don’t. Study leader Thomas D. Albright, from the Salk Institute for Biological Studies, arrived at these findings about subliminal knowledge by carrying out experiments on rhesus monkeys. The study appears in the journalNeuron.

Association is generally regarded as the key to human memory, when we try to retrieve information; one thing reminds us of another, which reminds us of yet another. Neurobiologists seeking to better understand the mechanisms of human memory have consequently put a lot of effort into trying to understand how associative memory works.

One method of studying associative memory is to train rhesus monkeys to remember arbitrary pairs of symbols. After being shown the first symbol (e.g. dark clouds) they are presented with two symbols, from which they have to pick the one that has been associated with the initial cue (e.g. umbrella).

Their reward is a sip of their favorite fruit juice tipple. “We want the monkeys to behave perfectly on these tests, but one of them made a lot of errors,” explains Albright. “We wondered what happened in the brain when the monkeys made the wrong choice, although they had apparently learned the right pairing of the symbols.”

Albright and his team found they could trace about a quarter of the activity to the monkey’s behavioral choice. But surprisingly, more than 50 percent of the active nerve cells belonged to a novel class of nerve cells or neurons, which the researchers believe represents the memory of the correct pairing of cue and associated symbol. These brain cells kept firing even when the monkeys picked the wrong symbol. “In this sense, the cells ‘knew’ more than the monkeys let on in their behavior,” said Albright.

Albright said that although behavioral performance is generally accepted to reliably reflect knowledge, in fact, behavior is heavily influenced – in the laboratory and in the real world – by other factors, such as motivation, attention and environmental distractions. “Thus behavior may vary, but knowledge endures,” concluded Albright.

The Civil War – The Confederacy/ The Library of Congress – Knowledge Cards