You are here: Home › News › Cost Breakthrough For Inorganic Solar Cells
By Will Parker on October 24, 2005 in News 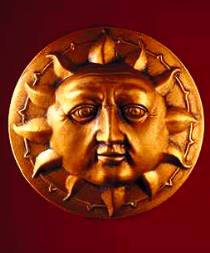 While much of the research into solar power in recent times has been focused on organic solar cells, researchers from Berkeley Lab and the University of California have announced a breakthrough in the manufacture of inorganic dual-nanocrystal cells. The researchers say that the ultra-thin solar cells are comprised entirely of inorganic nanocrystals and are as cheap and easy to make as solar cells made from organic polymers, but offer the added advantage of being stable in air because they contain no organic materials.

“Our colloidal inorganic nanocrystals share all of the primary advantages of organics – scalable and controlled synthesis, an ability to be processed in solution, and a decreased sensitivity to doping – while retaining the broadband absorption and superior transport properties of traditional photovoltaic semiconductors,” said researcher Ilan Gur. The nanocrystal technique is described by Gur in a paper appearing in the journal Science.

The paper describes a technique where rod-shaped nanometer-sized crystals of two semiconductors, cadmium-selenide (CdSe) and cadmium-telluride (CdTe), were synthesized separately and then dissolved in solution and spin-cast onto a conductive glass substrate. The resulting films, which were about 1,000 times thinner than a human hair, displayed efficiencies for converting sunlight to electricity of about 3 percent. While this is comparable to the conversion efficiencies of the best organic solar cells, it is still substantially lower than conventional silicon solar cells. “We obviously still have a long way to go in terms of energy conversion efficiency,” admitted Gur.

The manufacture of traditional silicon solar cells is a costly and exacting business. Even the fabrication of the simplest cell is a complex process that has to take place under precisely controlled conditions, such as high vacuum and temperatures of up to 1,400 degrees Celsius. The discovery, twenty years ago, that organic polymers could be made to conduct electricity, encouraged researchers to look at how these materials could be used to make photovoltaic devices. But while organic solar cells can be made in bulk quantities for a few cents each, the efficiency of these devices has always been poor compared to the power conversion efficiencies of traditional cells made from semiconductors. It’s possible that the new nanocrystal method developed by Gur could overcome the cost problems of traditional silicon cells and the stability and efficiency problems of organic cells.

“The next step is for us to better characterize and further develop our prototypical system, as there is still a great deal we don’t fully understand,” concluded Gur. “After that, we have a lot of directions that we’d like to pursue, such as introducing variations in the system architecture and our choice of semiconductor materials.”