You are here: Home › News › Space › Latest images of Ceres show detail of bright spot
By Will Parker on June 11, 2015 in News, Space

New images of the dwarf planet Ceres, taken from 2,700 miles above by NASA’s Dawn spacecraft, show the surface of this mysterious world in sharper detail than ever before. 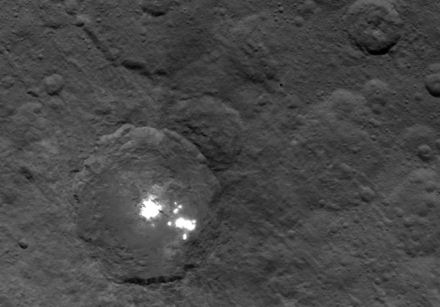 “The bright spots in this configuration make Ceres unique from anything we’ve seen before in the solar system. The science team is working to understand their source. Reflection from ice is the leading candidate in my mind, but the team continues to consider alternate possibilities, such as salt. With closer views from the new orbit and multiple view angles, we soon will be better able to determine the nature of this enigmatic phenomenon,” said UCLA’s Chris Russell, principal investigator for the Dawn mission. 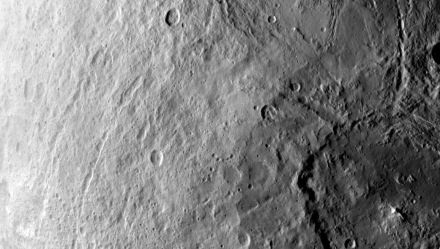 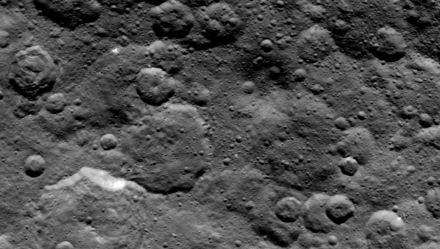 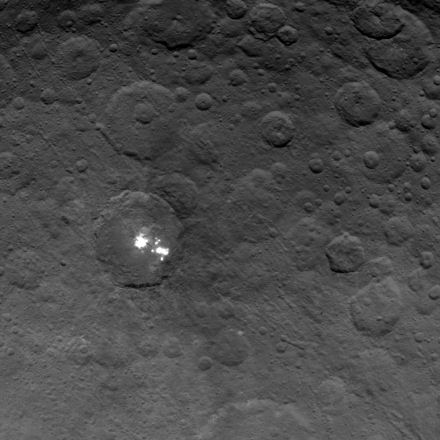