You are here: Home › Environment › News › Viable ecosystems found in subglacial lake deep beneath West Antarctic Ice Sheet
By Will Parker on August 21, 2014 in Environment, News 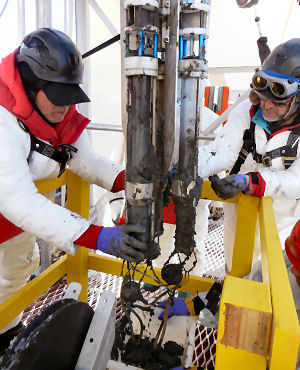 Analysis of water samples taken from subglacial Lake Whillans – hidden beneath 2,600 feet of ice in Antarctica – has revealed a diverse and exotic microbial community. This provides the first definitive evidence that a functional microbial ecosystem exists beneath the Antarctic ice sheet, confirmingmore than a decade of speculation. The finding, detailed in the journal Nature, has implications for how life might adapt in other extreme environments, both on Earth and elsewhere in the solar system.

“Hidden beneath a half-mile of ice in Antarctica is an unexplored part of our biosphere. WISSARD [Whillans Ice Stream Subglacial Access Research Drilling] has provided a glimpse of the nature of microbial life that may lurk under more than 5 million square miles of ice sheet,” said Louisiana State University’s Brent C. Christner, lead author of the Nature paper. 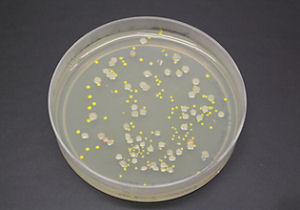 The rigorous measures used to avoid the introduction of foreign material into the samples means the discovery isn’t clouded by the same contamination issues that likely sullied the samples of microbes retrieved from Lake Vostok in 1999.

Importantly, the connectivity of Lake Whillans to the wider subglacial ecosystem likely means microbial communities are widespread under the ice. Lake Whillans is part of network of three major reservoirs beneath the Whillans Ice Stream that regulate the transportation of water to a subglacial estuary (an area where fresh and salt water mix) which links the subglacial aquatic system to the ocean beneath the Ross Ice Shelf. “Given the prevalence of subglacial water in Antarctica,” the study notes, “our data… lead us to contend that aquatic microbial systems are common features of the subsurface environment that exists beneath the Antarctic ice sheet.”