You are here: Home › News › Physics › The cloning of quantum information from the past may be Achilles’ heel of quantum cryptography
By Will Parker on December 8, 2013 in News, Physics 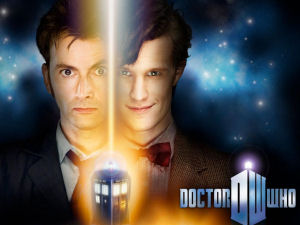 While the notion of physically travelling through time may still be the stuff of science fiction, a new research paper from Louisiana State University shows that it is theoretically possible to copy quantum data from the past. The new work has surprising ramifications for the field of quantum cryptography, which is widely touted as the future of secure communication.

The new paper appears in Physical Review Letters and was authored by Mark Wilde, an assistant professor with a joint appointment in the Department of Physics and Astronomy and the Center for Computation and Technology.

Wilde explains how his work builds on concepts put forward by David Deutsch, a pioneer of quantum computing and physicist at Oxford University.

Deutsch proposed a simplified model of time travel to deal with some of the paradoxes that would occur if one could travel back in time. In the Grandfather paradox, for example, a time traveler faces the problem that if he kills his grandfather back in time, then he himself is never born, and consequently is unable to travel through time to kill his grandfather. Deutsch solved the Grandfather paradox using a slight change to quantum theory, proposing that you could change the past as long as you did so in a self-consistent manner.

Another time travel paradox is the no-cloning theorem, or the no “subatomic Xerox-machine” theorem. This theorem, which is related to the fact that one cannot copy quantum data at will, is a consequence of Heisenberg’s famous Uncertainty Principle, by which one can measure either the position of a particle or its momentum, but not both with unlimited accuracy. According to the Uncertainty Principle, it is impossible to have a subatomic Xerox-machine that would take one particle and spit out two particles with the same position and momentum – because then you would know too much about both particles at once.

“We can always look at a paper, and then copy the words on it. That’s what we call copying classical data,” Wilde said. “But you can’t arbitrarily copy quantum data, unless it takes the special form of classical data. This no-cloning theorem is a fundamental part of quantum mechanics – it helps us reason how to process quantum data. If you can’t copy data, then you have to think of everything in a very different way.”

But if a Deutschian closed timelike curve did allow for copying of quantum data to many different points in space, then Deutsch suggested that it should be possible to violate the fundamental no-cloning theorem of quantum mechanics. Now, Wilde and his collaborators at the University of Southern California and the Autonomous University of Barcelona have put forward a new approach that allows for a particle, or a time traveler, to make multiple loops back in time – something akin to how Bruce Willis’ travels in the Hollywood film Looper. According to Wilde, “these time loops are not ruled out by the laws of physics. But there are strange consequences for quantum information processing if their behavior is dictated by Deutsch’s model.”

Wilde says that a single looping path back in time, a time spiral of sorts, behaving according to Deutsch’s model, would have to allow for a particle entering the loop to remain the same each time it passed through a particular point in time. In other words, the particle would need to maintain self-consistency as it looped back in time.

“In some sense, this already allows for copying of the particle’s data at many different points in space,” Wilde explains, “because you are sending the particle back many times. It’s like you have multiple versions of the particle available at the same time. You can then attempt to read out more copies of the particle, but the thing is, if you try to do so as the particle loops back in time, then you change the past.”

To be consistent with Deutsch’s model, which holds that you can only change the past as long as you can do it in a self-consistent manner, Wilde and his colleagues had to come up with a solution that would allow for a looping curve back in time, and copying of quantum data based on a time traveling particle, without disturbing the past.

“That was the major breakthrough, to figure out what could happen at the beginning of this time loop to enable us to effectively read out many copies of the data without disturbing the past,” Wilde said. “It just worked.”

But there is still some controversy over interpretations of this new approach and the new work may actually point to problems in Deutsch’s original closed timelike curve model. “If quantum mechanics gets modified in such a way… it may be evidence that we should question Deutsch’s model,” Wilde said. “We really believe that quantum mechanics is true, at this point. And most people believe in a principle called Unitarity in quantum mechanics. But with our new model, we’ve shown that you can essentially violate something that is a direct consequence of Unitarity. To me, this is an indication that something weird is going on with Deutsch’s model. However, there might be some way of modifying the model in such a way that we don’t violate the no-cloning theorem.”

Other researchers argue that Wilde’s approach wouldn’t actually allow for copying quantum data from an unknown particle state entering the time loop because the universe would already “know” what the particle looked like, as it had traveled back in time many times before.

But whether or not the no-cloning theorem can truly be violated as Wilde’s new approach suggests, the consequences of being able to copy quantum data from the past are significant. Systems for secure Internet communications, for example, will likely soon rely on quantum security protocols. Such encryption is believed to be unbreakable – that is, as long as hackers don’t have access to Wilde’s looping closed timelike curves.

“If an adversary, if a malicious person, were to have access to these time loops, then they could break the security of quantum key distribution,” Wilde said. “This ability to copy quantum information freely would turn quantum theory into an effectively classical theory in which, for example, classical data thought to be secured by quantum cryptography would no longer be safe. It seems like there should be a revision to Deutsch’s model which would simultaneously resolve the various time travel paradoxes but not lead to such striking consequences for quantum information processing. However, no one yet has offered a model that meets these two requirements.”