You are here: Home › Medicine › News › Stem cells breathe new life into lungs
By Will Parker on December 1, 2013 in Medicine, News 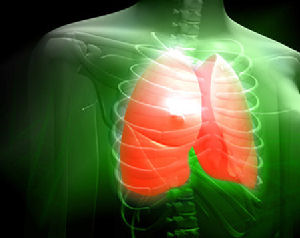 For the first time, scientists have succeeded in transforming human stem cells into functional lung and airway cells, an advance that could lead to the growth of lung tissue for transplantation – with no risk of rejection. The breakthrough, by researchers at Columbia University Medical Center, is reported in the journal Nature Biotechnology.

“Researchers have had relative success in turning human stem cells into heart cells, pancreatic beta cells, intestinal cells, liver cells, and nerve cells, raising all sorts of possibilities for regenerative medicine,” said study leader Hans-Willem Snoeck. “Now, we are finally able to make lung and airway cells. This is important because lung transplants have a particularly poor prognosis. We can begin thinking about making autologous lung transplants – that is, transplants that use a patient’s own skin cells to generate functional lung tissue.”

In the new work, Snoeck’s team found new factors that can complete the transformation of human ES or iPS cells into functional lung epithelial cells (the cells that cover the lung surface). Importantly, the resultant cells were found to express type 2 alveolar epithelial cells. Type 2 cells are important because they produce surfactant, a substance critical to maintain the lung alveoli, where gas exchange takes place; they also participate in repair of the lung after injury and damage. 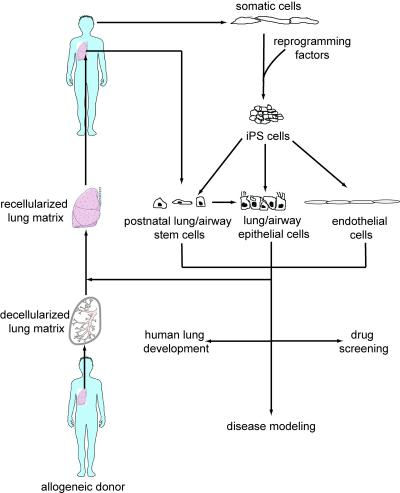 As well as the potential for rejection-free transplantation, the findings have implications for the study of lung diseases in the lab. “Using this technology, researchers will finally be able to create laboratory models of the disease at the molecular level, and screen drugs for possible treatments or cures,” Snoeck said. “In the longer term, we hope to use this technology to make an autologous lung graft,” he added. “This would entail taking a lung from a donor; removing all the lung cells, leaving only the lung scaffold; and seeding the scaffold with new lung cells derived from the patient. In this way, rejection problems could be avoided.”

“I’m back!” Comet ISON hangs on in there
Comet ISON: ashes to ashes, dust to dust