You are here: Home › Health › Mental Health › News › Can probiotics treat depression?
By Will Parker on November 14, 2013 in Mental Health, News 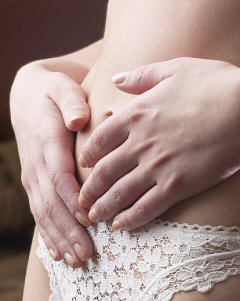 Probiotics are best known for supposedly helping maintain a healthy digestive system, but they are also increasingly the subject of neurological research to understand how microbes could possibly supplement our gut bacteria to improve our mental health.

The development and marketing of products that contain live bacteria has flourished in recent years despite the fact that many of the numerous health-improvement claims have yet to be supported scientifically. But scientists know that these micro-organisms do exert positive effects in intestinal tracts, particularly when used to counteract the effects of antibiotics, which kill both “bad” and “good” bacteria.

Now, a new review in the journal Biological Psychiatry looks at recent research into “psychobiotics” – probiotics that might affect behavior. The authors, Timothy Dinan and colleagues from University College Cork (Ireland), define a psychobiotic as “a live organism that, when ingested in adequate amounts, produces a health benefit in patients suffering from psychiatric illness.”

Our gut contains approximately 1 kilogram of bacteria, but it is not static and its make-up can change from day to day, starting at birth. Evidence has shown that even the form of delivery (vaginal versus cesarean) alters an individual’s gut microbiota.

Dinan reviews one study that assessed the potential benefits of a specific probiotic, B. infantis, in infant rats displaying depressive behavior due to maternal separation. The probiotic treatment normalized both their behavior and a previously-abnormal immune response. This preclinical study and others like it strongly support the hypothesis that probiotics have the potential to exert behavioral and immunological effects.

Studies into the anti-inflammatory effects of some probiotics were also looked at. Depression and stress are both associated with inflammation in the body and some infectious diseases, such as syphilis and lyme disease, can produce depressive states. Evidence suggests that immune activations, perhaps via psychobiotic action, could alleviate such states. Dinan notes that “the intestinal microbial balance may alter the regulation of inflammatory responses and in so doing, may be involved in the modulation of mood and behavior.”

He reports that while human studies are still sparse, a few have shown promising results. In one, healthy volunteers received either a probiotic combination (L. helveticus R0052and B. longum) or placebo for 30 days. Those who received the probiotics reported lower stress levels. In another study, volunteers who consumed a yogurt containing probiotics reported improved mood.

“What is clear at this point is that, of the large number of putative probiotics, only a small percentage have an impact on behavior and may qualify as psychobiotics,” concluded Dinan. “For now… we must all wait for scientists to conduct large-scale, placebo-controlled trials to provide definitive evidence.”