You are here: Home › Mind and Brain › News › Appreciation of musical harmony is nurture, not nature, say Aussie scientists
By Will Parker on February 18, 2013 in Mind and Brain, News 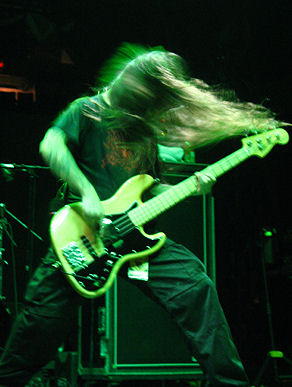 Study author Neil McLachlan said that traditional analyses of musical harmony that invoked the physical properties of sound, the ear itself, and an innate ability to hear harmony, were of little relevance. “Our study shows that musical harmony can be learnt and it is a matter of training the brain to hear the sounds,” McLachlan said. “So if you thought that the music of some exotic culture sounded like the wailing of cats, it’s simply because you haven’t learnt to listen by their rules.”

“What we found was that people needed to be familiar with sounds created by combinations of notes before they could hear the individual notes. If they couldn’t find the notes they found the sound dissonant or unpleasant,” McLachlan said. “This finding overturns centuries of theories that physical properties of the ear determine what we find appealing.”

Study co-author Sarah Wilson said the experiments showed that trained musicians were much more sensitive to dissonance than non-musicians. “When they couldn’t find the note, the musicians reported that the sounds were unpleasant, whereas non-musicians were much less sensitive,” she explained. “This highlights the importance of training the brain to like particular variations of combinations of sounds, like those found in jazz or rock.”

According to Wilson, depending on the participant’s training, a strange chord or a gong sound was accurately pitched and pleasant to some musicians, but impossible to pitch and very unpleasant to others. “This showed us that even the ability to hear a musical pitch or note is learnt,” she said.

To confirm this finding, McLachlan and Wilson trained 19 non-musicians to find the pitches of a random selection of Western chords. Not only did the participants ability to hear notes improve rapidly over ten short sessions, afterward they reported that the chords they had learnt sounded more pleasant – regardless of how the chords were tuned.

The question of why some combinations of musical notes are heard as pleasant or unpleasant has long been debated, but according to McLachlan; “for music, beauty is in the brain of the beholder.”