You are here: Home › Mind and Brain › News › Dopamine therapy turbocharges artistic drive
By Will Parker on February 24, 2012 in Mind and Brain, News 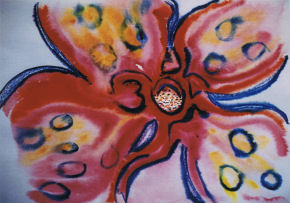 Pathological gambling and hypersexuality are two of the better documented side-effects of Parkinson’s disease medications, but researchers say that dopamine therapy can also trigger the relentless pursuit of artistic endeavors.

Dopamine is a neurotransmitter that helps control the brain’s reward and pleasure centers. It also helps to regulate movement and emotional responses and enables people to recognize goals and work towards them. Parkinson’s disease is caused by dopamine deficiency and using drugs to increase dopamine levels in the brain is one of the most common treatments for the disease.

Reporting their findings in the European Journal of Neurology, the researchers say that some Parkinson’s disease patients can suddenly start producing pictures, sculptures, novels and poetry when they start taking dopamine therapy. Their passion for their new-found interests can become so overwhelming that they ignore other basic aspects of their everyday life, say the researchers from the Centro Parkinson e Disordini del Movimento (Milan).

The researchers worked with 36 patients with Parkinson’s disease – 18 with increased artistic production and 18 without – and compared them with 36 healthy controls. None of the patients had engaged in artistic hobbies before they took dopamine.

“Patients were included in the artistic group if they started working on creative projects for two or more hours a day after starting taking dopamine,” explains lead author Dr Margherita Canesi. “Our findings suggest that the patients’ newly acquired artistic skills were probably there all along, but did not start to emerge until they took the dopamine therapy.” She adds that the artistic pursuits did not appear to be connected with abnormal repetitive behaviors, such as impulse control disorders or punding.

Some of the key findings included:

Altered creative drive has previously been observed in patients who have neurodegenerative diseases or have had a stroke. However, the physiological understanding of creativity is difficult to establish and quantify.

In this study, the findings indicate that the acquired creative drive after the introduction of dopaminergic therapy is not related to impulsivity or impulse control disorders. “We believe that their desire to be creative could represent emerging innate skills, possibly linked to repetitive and reward-seeking behaviors. Further studies are needed to support our preliminary observations,” concluded Dr. Canesi.

Related:
Discuss this article in our forum
Link Between Creative Genius And Mental Illness Established
Creative types more likely to cheat
Sexual Success And The Schizoid Factor
More Evidence For Link Between Mood Disorders And Creativity