You are here: Home › Mind and Brain › News › Automated Matrix-style learning demonstrated
By Will Parker on December 13, 2011 in Mind and Brain, News 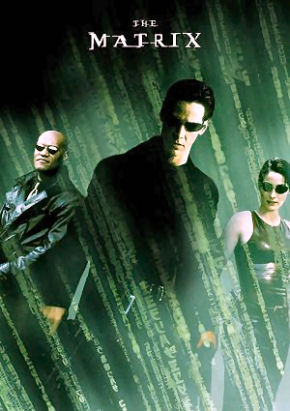 A US-Japanese team of researchers have demonstrated a system that uses functional magnetic resonance imaging (fMRI) feedback to attune a person’s visual cortex to match the brain patterns needed to perform various high-performance tasks with little or no conscious effort. The researchers, from Boston University (BU) and ATR Computational Neuroscience Laboratories (Kyoto), acknowledge their system’s similarity to the computer-driven rapid learning methods depicted in the Matrix series of motion pictures. Reporting their findings in Science, the researchers say the techniques they have developed could be used to learn to play a piano, reduce mental stress or hit a curve-ball with little or no conscious effort.

The system relies on a feedback mechanism that compares fMRI images of the subject’s visual cortex with previously recorded fMRI images of the desired target state (e.g. an accomplished piano player’s visual cortex). Software continually provides the subject with simple visual feedback on how closely the two brain states match. Intriguingly, the technique worked even when the test subjects were not aware of what they were learning.

Researcher and BU post-doctoral fellow Kazuhisa Shibata explained how the technique uses what the research team call “decoded fMRI neurofeedback” to induce a particular activation pattern in targeted early visual areas that corresponded to a pattern evoked by a specific visual feature in a target brain region. The researchers then tested whether repetitions of the activation pattern caused visual performance improvement on that visual feature. The result, claims Shibata, is a novel learning approach sufficient to cause long-lasting improvement in tasks that require visual performance.

Watanabe added that the most surprising thing in the study was that mere inductions of neural activation patterns corresponding to a specific visual feature led to visual performance improvement on the visual feature, without presenting the feature or subjects’ awareness of what was to be learned. “We found that subjects were not aware of what was to be learned while behavioral data obtained before and after the neurofeedback training showed that subjects’ visual performance improved specifically for the target orientation, which was used in the neurofeedback training.”

The researchers are wary of talking up the potential of the technique but do acknowledge the validity of the method in visual perceptual learning. “We have to test if the method works in other types of learning in the future. At the same time, we have to be careful so that this method is not used in an unethical way.” At present, they conclude, the decoded neurofeedback method could be used for various types of learning, including memory, motor and rehabilitation.