You are here: Home › Mind and Brain › News › Researchers speculate that hormonal imbalances might create geniuses
By Will Parker on March 14, 2011 in Mind and Brain, News 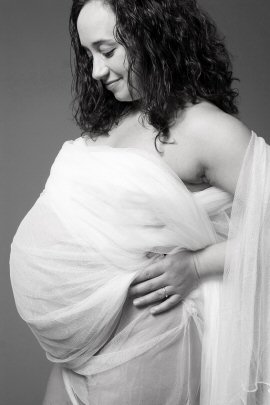 The discussion about whether genius is a byproduct of good genes or good environment may take an entirely new direction, say Canadian researchers who contend that hormonal influences in the womb may play an important role in creating intellectually gifted individuals.

University of Alberta researcher Marty Mrazik has linked giftedness (having an IQ score of 130 or higher) to prenatal exposure of higher levels of testosterone. Mrazik hypothesizes that, in the same way that physical and cognitive deficiencies can develop in utero, so, too, could similar exposure to testosterone result in giftedness.

“There seems to be some evidence that excessive prenatal exposure to testosterone facilitates increased connections in the brain, especially in the right prefrontal cortex,” explains Mrazik. “That’s why we see some intellectually gifted people with distinct personality characteristics that you don’t see in the normal population.”

Mrazik’s notion is based on clinical assessments of gifted individuals. “It gave us some interesting ideas that there could be more to this notion of genius being predetermined from a biological perspective than maybe people gave it credit for,” said Mrazik. “It seemed that the bulk of evidence from new technologies (such as fMRI scans) tell us that there’s a little bit more going on than a genetic versus environmental interaction.”

Mrazik developed the hypothesis that this hormonal hiccup in in-utero neurobiological development means that gifted children are born with an affinity for certain areas such as the arts, math or science. He notes that more is known about what derails the brain’s normal development than what factors might create gifted people. “It’s really hard to say what does put the brain in a pathway where it’s going to be much more precocious,” he said. “The next steps in this research lay in finding out what exact stimuli causes this atypical brain development.”