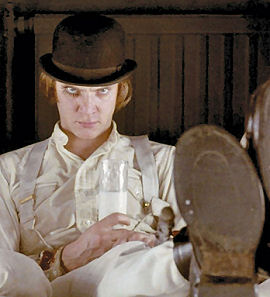 Pathological rage can be blocked in mice by shutting down a specific receptor in the brain, report University of Southern California researchers who believe the finding could lead to new treatments for aggression and hostile overreactions to stress.

The findings represent a significant breakthrough in the search for drug targets for pathological aggression; a component in many common psychological disorders including Alzheimer’s disease, autism, bipolar disorder and schizophrenia.

The new research builds on previous work that identified a specific genetic predisposition to pathological aggression: low levels of the enzyme monoamine oxidase A (MAO A). Both male humans and mice with congenital deficiency of the enzyme respond violently in response to stress. “The same type of mutation that we study in mice is associated with criminal, very violent behavior in humans. But we really didn’t understand why that it is,” said Marco Bortolato, lead author of the study.

The researchers worked backwards to replicate elements of human pathological aggression in the mice, including not just low enzyme levels, but also the interaction of genetics with early stressful events such as trauma and neglect during childhood. “Low levels of MAO A are one basis of the predisposition to aggression in humans. The other is an encounter with maltreatment, and the combination of the two factors appears to be deadly: it results consistently in violence in adults,” Bortolato said.

The team found that in excessively aggressive rodents that lack MAO A, high levels of electrical stimulus are required to activate a specific brain receptor in the pre-frontal cortex. Even when this brain receptor does work, it stays active only for a short period of time.

“The fact that blocking this receptor moderates aggression is why this discovery has so much potential. It may have important applications in therapy,” Bortolato said. “Whatever the ways environment can persistently affect behaviour – and even personality over the long term – behavior is ultimately supported by biological mechanisms.”

Interestingly, the aggression receptor, known as NMDA, is also thought to play a key role in helping us make sense of multiple, coinciding streams of sensory information, according to Bortolato.

The researchers are now studying the potential side effects of drugs that reduce the activity of this receptor. “Our challenge now is to understand what pharmacological tools and what therapeutic regimens should be administered to stabilize the deficits of this receptor,” Bortolato said. “If we can manage that, this could truly be an important finding.”

Related:
Discuss this article in our forum
Trans fats and aggression: the Twinkie defense gets scientific
Experiments reveal aggression to be a “manhood-restoring tactic”
Aggression As Rewarding As Sex