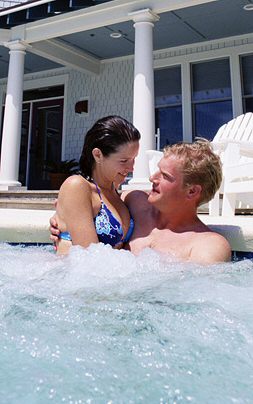 Some of the mysteries of human mating behavior could now be explained thanks to a new study that shows that certain genes become activated in fruit flies when they interact with the opposite sex. Understanding why and how these genes become activated within social contexts may also lead to insights into disorders such as autism, say the study’s authors, from Texas A&M University. The new study builds on previous work that showed how the interaction between genes and behavior is more of a two-way street than most of us realize.

Writing in the journal GENETICS, the researchers speculate that courtship behaviors may be far more physiologically influential than previously thought. “Be careful who you interact with,” said Ginger E. Carney, co-author of the study. “The choice may affect your physiology, behavior and health in unexpected ways.”

In the study, the scientists compared gene expression profiles in males that courted females, males that interacted with other males, and males that did not interact with other flies. They identified a common set of genes that respond to the presence of either sex and also discovered that there are other genes that are only affected by being placed with members of a particular sex, either male or female.

The researchers then tested mutant flies that are missing some of these socially responsive genes and confirmed that these particular genes are important for behavior. The scientists predict that analyzing additional similar genes will give further insight into genes and neural signaling pathways that influence reproductive and other behavioral interactions.

Understanding how gene expression and social interaction influence each other could yield important new treatments for a variety of disorders. “This study shows that we’re closing in on the complex genetic machinery that affects social interactions,” said Mark Johnston, Editor-in-Chief of GENETICS. “Once similar genes are identified in humans, the implications will be enormous, as it could bring new understanding of, and perhaps even treatments for, a vast range of disorders related to social behavior.”