You are here: Home › News › Heavy Computer Use Linked To Glaucoma
By Will Parker on November 15, 2004 in News 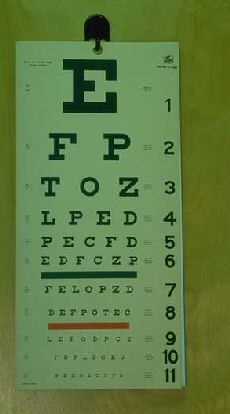 Heavy computer use may be linked to the development of glaucoma, particularly among the short sighted, suggests a Japanese study appearing in the Journal of Epidemiology and Community Health and reported in the British Medical Journal.

The research team tested the sight of workers in four different Japanese companies. In all, some 10,000 workers, with an average age of 43, were randomly selected for testing as part of a general medical check-up. They also completed questionnaires about their computer use and any history of eye disease.

The test revealed that 522 (5.1%) employees had visual field abnormalities. And there appeared to be a significant link between these and heavy computer use among those with either long or short sight, collectively known as “refractive errors.”

An in-depth eye test revealed that around a third of these workers (165) had suspected glaucoma, characterised by distinct visual field abnormalities. And there also appeared to be a significant link between these and heavy computer use among workers who were short sighted. Because the most common refractive error was short sightedness, the authors speculate that the optic nerve in short sighted eyes might be more vulnerable to computer stress than it is in normal eyes.

Atom-Smashers Get Peek At Top Quark

Imelda Marcos in the U.S. for treatment of her glaucoma Wire Press Photo