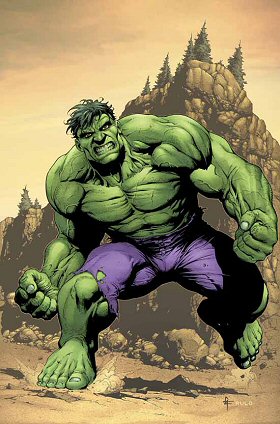 Gamma rays may have turned mild-mannered Bruce Banner into the Hulk, but in the real-world radiation exposure tends to be more mundane – although no less dangerous. In high enough doses it causes death while chronic exposure is firmly linked to the development of cancer. But one maverick professor believes that short-term controlled exposure to low doses of radiation may significantly improve our health. Don Luckey, an emeritus professor of the University of Missouri, makes his somewhat startling claims in the current issue of theInternational Journal of Low Radiation.

Luckey was the nutrition consultant for NASA’s Apollo moon missions and has spent the last few years developing the concept of improving health through exposure to low-dose radiation. “When beliefs are abandoned and evidence from only whole body exposures to mammals is considered, it becomes obvious that increased ionizing radiation would provide abundant health,” Luckey contends. He suggests that as with vitamins and trace metals, it is possible to become deficient in radiation.

In support of Luckey’s claims, there is prior scientific evidence that radiation can have beneficial physiological effects. It’s known that low dose exposure increases the number and activity of the immune system’s white blood cells, boosts enzyme activity, increases antibody production, reduces the incidence of infection and assists in wound healing.

Luckey notes that in the first part of the twentieth century, when our understanding of radioactivity was only just emerging, health practitioners began to experiment widely with samples of radioactive materials. Then, exposure to radiation, rather than being seen as hazardous, was considered a panacea for a wide variety of ailments from arthritis to consumption. But the discovery of antibiotics and the rapid advent of the pharmaceutical industry, as well as the fact that it became apparent that exposure to high doses of radiation could be lethal, led to the demise of this “alternative” approach to health.

While radioactivity is routinely used in targeted therapies for certain forms of cancer, the use of radiation sources for treating other diseases is not currently recognized by the medical profession. Luckey hopes to change that viewpoint and argues that more than 3,000 scientific papers point to low doses of radiation as being beneficial in human health. He points out that, as with many environmental factors, we have evolved to live successfully in the presence of ionizing radiations. He suggests that the medical use of small samples of partially shielded radioactive waste would provide a simple solution to radiation deficiency.

“It is unfortunate that most literature of radiobiology involves fear and regulations about the minimum possible exposure with no regard for radiation as a beneficial agent,” says Luckey, “Those who believe the Linear No Threshold (LNT) dogma have no concept about any benefits from ionizing radiation.”

Commenting on the paper, Professor André Maïsseu, the journal’s Editor-in-Chief, said that Luckey’s work promoted good science and took the fight to scientific obscurantism. “This is a very bright, interesting and important paper about the real effects of ionizing radiation – radioactivity – on humans, mammals and biotopes,” he noted.