You are here: Home › News › Quantifying Space Radiation Dangers
By Will Parker on April 16, 2008 in News 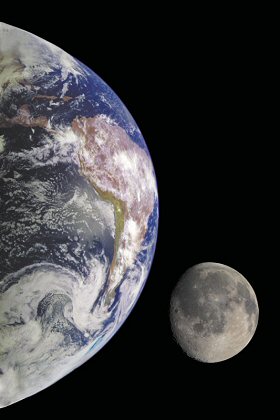 With plans for a manned mission to Mars on the drawing board, researchers from the Lombardi Comprehensive Cancer Center at Georgetown University Medical Center are working to quantify the risk astronauts on long voyages will face from exposure to the high linear energy transfer (LET) radiation found in space.

LET radiation is found in solar flares and is made up of high-energy protons, charged particles, and some gamma radiation. For surface dwelling humans, the earth’s atmosphere blocks the majority of this radiation. “Radiation exposure, either intentional or accidental, is inevitable during our lifetimes,” says Lombardi’s Kamal Datta, the study’s lead author. “But we need to understand more about the nature of radiation in space. There is currently no conclusive information for estimating the risk that astronauts may experience.”

Current risk estimates for radiation exposure rely exclusively on the cumulative dose a person receives over a lifetime. The Lombardi study suggests that a more accurate risk assessment should include not only dose, but also the quality of radiation.

Datta’s study measured the level of free radicals present as well as the expression of stress response genes in the cells of mice exposed to high-LET radiation similar to that found in space. The researchers concluded that the cellular environment of the gastrointestinal tract was highly oxidative – or full of free radicals – for prolonged periods of time, a state which is conducive to cancer development.

The free radicals produced by the radiation cause damage to cells’ DNA, and as this damage accumulates, it can lead to mutations – and in some cases, malignant tumors. The prolonged exposure to free radicals creates ample opportunity for DNA damage to accumulate within individual cells. Interestingly, Datta observed that the stress response continued for as long as two months after exposure to the high-LET radiation.

In addition to the cellular damage from oxidative stress, the researchers also found that the mice exposed to the high-LET radiation aged prematurely. Datta says the mice’s coats became prematurely grey; an observation the team plans to follow-up with MRI brain scans.