You are here: Home › News › Space › SpaceX’s Leaning Rocket Arrives at Cape Canaveral
By admin on June 3, 2016 in News, Space 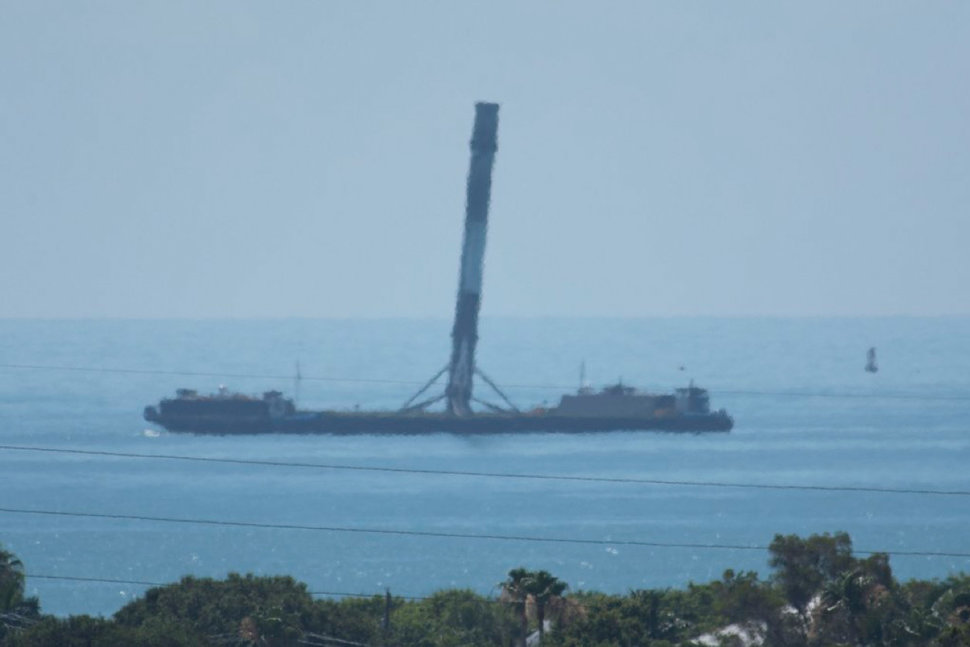 The first-stage booster pictured above pushed the limits during SpaceX’s 4th successful landing last Friday with a speed that was very close to the designed maximum for the rocket and the support systems for its legs.

Although the 15-story rocket was leaning on the barge and in danger of tipping over, it remained upright as it slowly pulled into Port Canaveral.

CEO Elon Musk said the booster represents 70 percent of the cost of a Falcon rocket, with a cost of $30 million to $35 million. So it makes sense, he said, to reuse the pieces. In fact, he said at Code Conference 2016 in Southern California on Wednesday, it’s “tragic” to discard them in the ocean, as has been the case throughout history.

SpaceX plans to send astronauts to the space station by the end of next year in enhanced Dragon capsules, and in 2018 send an unmanned Dragon on a mission to Mars. He foresees sending humans to Mars via SpaceX rockets and spacecraft in 2024.

View all posts by admin →