You are here: Home › News › Cell Phone Emissions Beneficial?
By Will Parker on June 27, 2006 in News 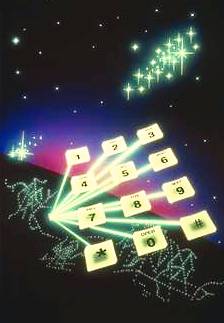 Previous studies into the physiological effects of cell phone emissions haven’t found anything that looks to be overtly dangerous. But a new study from Italian researchers has found that cell phones can trigger “intracortical excitability” in the motor cortex of the brain. The researchers don’t believe the effect is dangerous, and hypothesize that the effect could actually be beneficial.

Published in the Annals of Neurology, the study was led by Paolo M. Rossini, of Fatebenefratelli, who used Transcranial Magnetic Stimulation (TMS) to investigate brain function under exposure to electromagnetic fields from a garden variety cell phone. The study involved a double-blind study in which 15 young male volunteers were exposed to electromagnetic field (EMF) signals from a GSM 900 cell phone for 45 minutes. They measured Motor Evoked Potentials (MEPs) in the brain’s motor cortex before, immediately after EMF exposure, and also one hour later.

In 80 percent of the subjects, the data showed an excitability change in the motor cortex adjacent to the cell phone. “Intracortical excitability was significantly modified, short intracortical inhibition was reduced and facilitation enhanced,” the study reported. The researchers found that the effects of the EMF exposure were transient and the subjects’ brains tended to return toward baseline conditions one hour after the exposure.

The researchers were guarded about drawing too many conclusions from the study. “It would be premature to presume that this work implies that using a cell phone is bad for the brain in any way. Much more work needs to be done to understand whether these electrical changes in the brain make any difference whatsoever in the way we think or in any disease process in which cortical excitability is affected,” they wrote.

In fact, the researcher’s conclusion hinted that the effect could in fact be beneficial to some people. “Such effects could be harmful, neutral, or beneficial, and might be particularly important for individuals with conditions involving cortical excitability, such as epilepsy.” But just to be on the safe side, they added: “Intense use of cellular phones in daily life might be harmful or beneficial in brain-diseased subjects. Further studies are needed to better circumstantiate these conditions.”