You are here: Home › Humans › News › Londoners lead in cell phone crap stakes
By Will Parker on October 14, 2011 in Humans, News 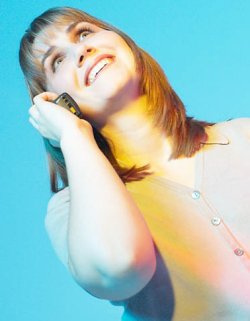 For the London School of Hygiene & Tropical Medicine researchers, this is poo study number, er, two. Back in 2008 they found that the further north in England you go, the more likely you are to find fecal bacteria on people’s hands – especially men. The new phone poo findings – like the 2008 latitudinal poo study – have been released to coincide with Global Handwashing Day (October 15th).

The worst contaminated phones were in Birmingham (41 percent) while Londoners had the highest proportion of E. coli (28 percent). However, the highest bacterial loads were found – as in the 2008 study – to the north, with Scotland being the filthiest by far. In Glasgow, average bacterial levels on phones and hands were found to be nine times higher than in Brighton, reinforcing the previously established North/South divide.

“This study provides more evidence that some people still don’t wash their hands properly, especially after going to the toilet. I hope the thought of having E. coli on their hands and phones encourages them to take more care in the bathroom – washing your hands with soap is such a simple thing to do but there is no doubt it saves lives,” said the UK champion for Global Handwashing Day, Dr Val Curtis, from the London School of Hygiene & Tropical Medicine.