You are here: Home › News › Ethanol Vehicles A Health Hazard
By Will Parker on April 18, 2007 in News 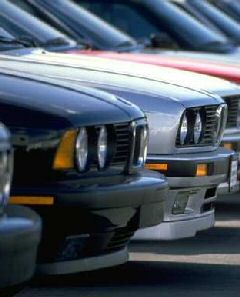 Ethanol advocates say that it’s a clean-burning fuel that is friendly to the environment. But a study by Stanford scientists found that if all US vehicles ran on ethanol, the number of respiratory-related deaths and hospitalizations would likely increase. “Our results show that a high blend of ethanol poses an equal or greater risk to public health than gasoline, which already causes significant health damage,” said Stanford University atmospheric scientist Mark Z. Jacobson.

Jacobson’s work, reported in Environmental Science & Technology, involved the simulation of atmospheric conditions throughout the United States in 2020, with a special focus on Los Angeles. He simulated two scenarios; all vehicles fueled by gasoline, and all vehicles fueled by E85 (a blend of 85 percent ethanol and 15 percent gasoline).

Jacobson said the results of the computer simulations were striking. ”We found that E85 vehicles reduce atmospheric levels of two carcinogens, benzene and butadiene, but increase two others – formaldehyde and acetaldehyde,” he explained. ”As a result, cancer rates for E85 are likely to be similar to those for gasoline. However, E85 significantly increased ozone, a prime ingredient of smog.”

Ozone can decrease lung capacity, inflame lung tissue, worsen asthma and impair the body’s immune system. The simulations revealed that E85 would increase ozone-related mortalities by about 4 percent in the U.S. and 9 percent in Los Angeles.

The study noted that the deleterious health effects of E85 will be the same, whether the ethanol is made from corn, switchgrass or other plant products. ”Today, there is a lot of investment in ethanol,” Jacobson said. ”But we found that using E85 will cause at least as much health damage as gasoline, which already causes about 10,000 U.S. premature deaths annually from ozone and particulate matter. If we’re not getting any health benefits, then why continue to promote ethanol and other biofuels?”